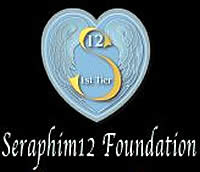 Washington, D.C. – April 25, 2012 – The Seraphim12 Foundation has been working diligently on their letter writing campaign, as well as their most recent venture – joining the “Horses on the Hill” event. The event has brought celebrities, school children and citizen advocates from across the nation to join Sen. Mary Landrieu, D-La., sponsor of the American Horse Slaughter Prevention Act (H.R. 2966 / S. 1176) at the Russell Senate Office Building in Washington, D.C. The event is co-sponsored by the Animal Welfare Institute, the ASPCA (the American Society for the Prevention of Cruelty to Animals), and The Humane Society of the United States.

Participants will have the opportunity to meet with elected officials and seek their support in passing the American Horse Slaughter Prevention Act, which would prohibit the inhumane killing of American horses for human consumption in the United States. It would also stop the transport of horses across the border to Canada and Mexico for slaughter. As part of the event, local school children and young equestrians will also be meeting with legislators to ask that they permanently protect our nation’s horses from inhumane slaughter.

In November 2011, Congress chose not to renew a ban on funding federal inspectors at horse slaughter plants in the United States, opening the door for a return of horse slaughter to American soil. Despite broad opposition in this country to the practice, it is important to recognize, however, that there are supporters in favor of inhumane slaughter. In conjunction with the Animal Welfare Institute, the ASPCA and the Humane Society of the United States, Seraphim12 Foundation is working to bring their knowledge of inhumane treatment and unnecessary suffering into the forefront with the hopes of educating the nation and raising awareness.

“We have a right to change their destiny,” Kalimian explained. “We can give them a dignified life, retirement and raise awareness on their behalf. This event is representative of the growing movement that will affect change.”

The Seraphim12 Foundation is a 501(c)(3) Not-For-Profit dedicated to promoting a sympathetic balance between horses and humans through education and awareness about abuse, neglect and slaughter of America’s horses. Seraphim12 is empowering the people to raise their voices and use their constitutional rights to change the destiny of America’s horses. Through the use of humane education and campaigns to promote national awareness among all people, Seraphim12 is dedicated to give horses a dignified life, retirement and final resting place. Seraphim12 has been instrumental in the rescue of horses, promoting letter campaigns and creating curricula to assist in raising awareness surrounding the equine issues.