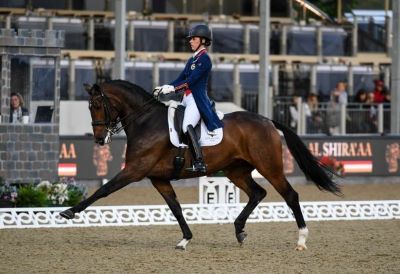 Royal Windsor Horse Show is delighted to offer a unique opportunity for spectators to see the British Olympic Dressage and Eventing squads in action, as they make their final preparations before departing for the Tokyo Olympic Games.

The selected horse and rider combinations, which will include the squad of four plus two reserves from each discipline, will be taking to the Castle Arena at 4pm on Wednesday 30 June to perform their respective Olympic Dressage tests in front of a crowd of 1,000 people.

The squads, which are to be officially announced on Monday 28 June, will be practicing their respective Olympic tests, with the Dressage riders performing either the Grand Prix or the Grand Prix Special, and the Eventers riding the new Olympic Eventing test. This public training session will give the horses a much-needed chance to perform in an atmospheric international arena in front of a crowd – an opportunity that has been very limited in the past year. The tests will be formally judged and the judges will be feeding back to the squads after the Show.

After the tests, the audience are also invited to stay to watch the rehearsals for the Musical Ride of the Household Cavalry and the Musical Drive of the Kings Troop RHA. The Show is expected to end at 8pm.

To find out more, or to book tickets, visit www.rwhs.co.uk.