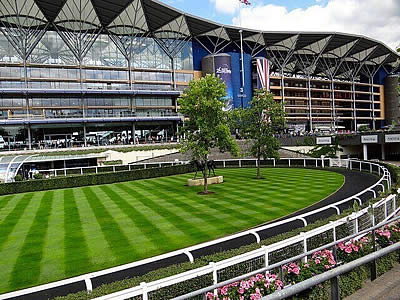 As you may have seen, the British Horseracing Authority (BHA) has announced (17th March) that racing will be suspended until the end of April due to the national coronavirus crisis. All ticket purchasers will be refunded for the relevant race meetings.

Royal Ascot ante post betting gives you an opportunity in advance to bet on this prestigious race with an odds on offer in the months and weeks leading up to the event.  The fan favorites and odds will be updated closer to Royal Ascot 2020 race meeting.  Ante-post betting allows you to place a bet on a horse race well in advance of the race being run.  Risks vs. rewards are that you get bigger odds betting so far in advance of the race, but if your horse fails to run in the race, you don’t get a refund.

The current favorite horses for ante-post betting are: Called to the Bar, Capri, Magic Circle, Stradivarius, Thomas Hobson, Cross Counter, Cypress Creek, Dee Ex Bee, and Flag of Honour.  The Ascot Gold Cup race has Stradivarius 3-1, Kew Gardens 5-1, and Dee Ex Bee 12-1. All are subject to change. Please check back as the race gets closer.

Using our tips and tricks for ante post betting will help you pick a winner.  Who knows if your horse will improve during his race season? The odds will get shorter nearer to the race. As the race draws closer, certain horses might not run, jockeys and trainers might be affected by the novel coronavirus, or other illness or injury.  This will affect the betting odds which may change in the months and weeks leading up to the race.

Ante post betting is popular year-around for the Cheltenham Festival and Aintree Grand National, but for ante-post betting on the Royal Ascot, you’ll have to wait until closer to the event.

The Royal Ascot meeting has 30 great races including the very best Group 1 action. The key races that feature each day are the St James’s Palace Stakes and Queen Anne Stakes on day 1; day 2 sees the Prince of Wales Stakes and Royal Hunt Cup. Day 3 which is Royal Ascot Ladies’ Day has the Royal Ascot Gold Cup, and day 4 has the Coronation Stakes. The final day has three great spectacles in the Golden Jubilee Stakes, the Wokingham Stakes, and the Queen Alexandra Stakes.

Ascot Racecourse was founded in 1711 by Queen Anne. The first race, “Her Majesty’s Plate”, with a purse of 100 guineas, was held on 11 August 1711. Seven horses competed. This first race comprised three separate four-mile (6437 m) heats. Handicap races started at Ascot, the first one being the Oatlands Handicap in 1791.

In 1813 Parliament passed an Act to ensure that the grounds would remain a public racecourse. A new grandstand was opened in 1839 at a cost of £10000.  A further Act of Parliament of 1913 establishing the Ascot Authority which manages the racecourse to this day. From its creation until 1945, the only racing that took place at Ascot was the Royal Meeting, a four-day event. Since that date, more fixtures have been introduced to the grounds, notably National Hunt racing in 1965. The National Hunt course was established using turf from Hurst Park Racecourse, which closed in 1962.