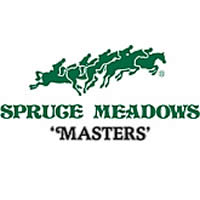 1 September 2015, Spruce Meadows, Canada – The 2015 edition of Spruce Meadows marks the 40th edition of this exceptional event. The peak of this anniversary tournament will be the CP International, presented by Rolex, where one rider has the chance to take home the ultimate Show Jumping prize: The Rolex Grand Slam of Show Jumping.

British competitor Scott Brash could make history and become the first to succeed in this unique challenge. Brash has already made history by becoming the first rider to win two consecutive legs of the Rolex Grand Slam of Show Jumping.

His quest started at the greatest indoor show in the world, CHI Geneva, last December, when he triumphed in the Rolex Grand Prix. A few months later, he soared to stunning victory at the Rolex Grand Prix of Aachen in Germany – possibly the most prized in the world. Winning it – in the electric atmosphere of the huge grass arena – is akin to winning a gold medal at a championship.

He instantly declared his intention to compete for the final stage of the Rolex Grand Slam at Spruce Meadows, saying: “To win one leg is already hard enough; to win two is extremely difficult; to win three is going to be really hard. But the Rolex Grand Slam is the ultimate challenge, so I will definitely try and win it.”

Scott Brash’s partner in both Geneva and Aachen was Hello Sanctos, the 13-year-old Belgian-bred gelding owned by Lord and Lady Harris and Lady Kirkham, with which he has won many major grand prix around the world. Brash is taking no chances with Hello Sanctos and is resting him in order to target this exceptional opportunity at sporting glory in Spruce Meadows.

The Rolex Grand Slam of Show Jumping represents the pinnacle of equestrian sporting achievement. Launched in 2013, it is the only global initiative to reward the outstanding rider who wins the three Majors consecutively – CHIO Aachen in Germany, Spruce Meadows ‘Masters’ in Canada and CHI Geneva in Switzerland. Only a great horseman or horsewoman could win this most prestigious challenge of show jumping.

Spruce Meadows is one of the world’s greatest equestrian venues, founded by the Southern family, who understood just what it takes to reach the pinnacle of such a demanding and thrilling sport. At the foot of the Rocky Mountains in Canada, Spruce Meadows has a spectacular setting, as well as the perfect facilities for athletes to perform to the best of their abilities.

Spruce Meadows is the most popular venue for equine sport in North America. The highlight of its season is the ‘Masters’ Tournament, which runs from 9-13 September 2015.

The Spruce Meadows ‘Masters’ Tournament has been named the number one event in Show Jumping four times, and Rolex is proud to have been associated with it since 1989.

Rolex Testimonee Eric Lamaze, who won The International, presented by Rolex, at the Spruce Meadows ‘Masters’ in 2007 and 2011, said, “For me, Spruce Meadows is one of the most exciting venues in the world. As you proceed through the course the noise gets louder and louder; as a rider I’ve never heard anything like it and the horses feel it, too.

“It’s the Super Bowl of Show Jumping and gives you chills when you come into the ring. You want to put in that clear round to hear the crowd come to life.”

The finest riders and horses from round the globe will be vying for victory and leading the way will be Rolex’s Equestrian Testimonees.

At its heart, top-class sport is all about performance. To be the very best, an athlete must be able to repeatedly deliver under pressure. As the world’s leading makers of timepieces, this is something Rolex understands perfectly.

But some of the fascination in equestrian sport comes from the fact that, however talented and consistent the human athlete may be, he or she must possess an exceptional range of complementary abilities in order to form a winning partnership with the equine athlete.

They must be patient, sportsmanlike and sympathetic – but also courageous, resilient and quick-thinking. It is these qualities that turn a rider into a horseman, qualities found at the heart of every Rolex Testimonee.

Eric Lamaze is a Canadian sporting hero. He won individual gold at the 2008 Olympics, and his many Spruce Meadows victories include two at The International Grand Prix, presented by Rolex (the predecessor to the now CP International). He is respected worldwide for his outstanding horsemanship and will be one of Scott Brash’s toughest opponents.

Kent Farrington is the United States’ highest-rated show jumper. His 2015 form has been superb, and includes a win in the RBC Grand Prix, presented by Rolex, another at Spruce Meadows in June and again in the Pan American Cup, presented by Rolex, in July. He has yet to win the grand prix at the ‘Masters’ Tournament, and is determined to make it happen.

The Europe-based riders will have further to travel but are still in contention for the prestigious prize.

Kevin Staut has established himself as one of the top riders in the world and travels to Canada looking to claim his first Spruce Meadows title. Swiss leading rider Steve Guerdat has accumulated some impressive results in 2015. With a victory at the World Cup, held in Las Vegas earlier this year, he is a strong contender for the prize.

Rolex’s newest and youngest Testimonee, Bertram Allen from Ireland, will make his Spruce Meadows debut this year. At only 19 years-old, Allen has proved he has maturity beyond his years after becoming the youngest ever rider to compete in the 2014 World Equestrian Games in Caen, where he placed in the top 10.

Leading brand of the Swiss watch industry, Rolex, headquartered in Geneva, enjoys an unrivalled reputation for quality and expertise the world over. Its Oyster watches, all certified as chronometers for their precision, are symbols of excellence, performance and prestige. Pioneer in the development of the wristwatch as early as 1905, the brand is at the origin of numerous major watchmaking innovations, such as the Oyster, the first waterproof wristwatch, launched in 1926, and the Perpetual rotor self-winding mechanism introduced in 1931. Rolex has registered over 400 patents in the course of its history. A truly integrated and independent manufacturing company, Rolex designs, develops and produces in-house all the essential components of its watches, from the casting of the gold alloys to the machining, crafting, assembly and finishing of the movement, case, dial and bracelet. Rolex is also actively involved in supporting the arts, sports, exploration, the spirit of enterprise, and the environment through a broad palette of sponsoring activities, as well as philanthropic programmes.