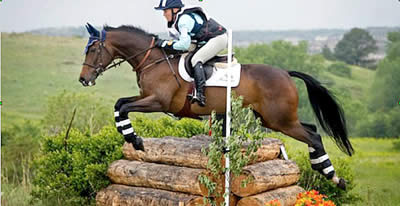 Parker, CO – December 19, 2014 – Mark Bellissimo announced today that a new partnership has been formed and has signed a contract to acquire the Colorado Horse Park (CHP) in Parker, Colorado. The 148-acre Colorado Horse Park was founded by Helen Krieble in 1992 and is the largest horse park west of the Mississippi. It hosts over 40 events per year, has 11 competition arenas, 100 Boarding Stalls, an RV Park, 2 Covered Arenas, 300 permanent stalls, and enough portable stalls for over 1,000 competing horses. The partnership is also contracted to acquire an additional 47 acres zoned as residential that abuts CHP.

CHP’s “Summer in the Rockies” series is one of the most prominent hunter/jumper equestrian circuits in the United States and spans over six weeks. CHP hosts all types of equestrian events including Hunter/Jumper, Eventing, and Dressage competitions and has hosted the North American Young Rider Championships three times. CHP also has a long term contract on 276 contiguous acres which hosts a cross-country course designed by Eventing Olympian David O’Connor.

Mark Bellissimo commented, “Helen has been one of the great visionaries in equestrian sport and has done an amazing job in creating the Colorado Horse Park. Her passion for the facility and her impact on the community over 23 years is inspirational. We are honored to continue Helen’s legacy.”

Helen Krieble added, “I am thrilled that Mark and his partners have contracted to acquire the Horse Park. It has been my passion for 23 years, and I am confident that it will be in good hands. It was important to me that the Horse Park was kept intact. The contract includes the purchase of an additional 47 acres that abuts the horse park. I believe this will ensure CHP has the ability to operate effectively and preserves the area from future residential development. This is a great day for Colorado equestrians, residents, and businesses.” 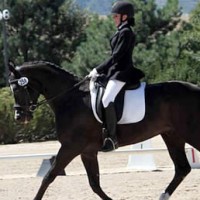 WEF is the world’s largest and longest running equestrian festival which spans 12 weeks and hosts participants from 50 states and 33 countries and has over $8 million dollars in prize money. The GDF is the world’s largest dressage competition and includes seven CDI competitions over the winter. The WEF and GDF events contribute close to $200 million dollars in annual economic impact on Palm Beach County and generate over 120,000 bed nights for local hotels.

Bellissimo added, “We are excited about the future of equestrian sport, and we believe the CHP facility can be a significant central hub to serve all disciplines and to continue to develop the hunter/jumper, dressage, and the eventing disciplines as well as a catalyst to develop the next generation of horses and riders. Colorado has a great equestrian tradition, and we hope to cultivate that market as well as bring new riders into the sport. We contemplate great investments in the park over the next few years and making it one of the premier facilities in the world.”

Consistent with its other facilities, the partners will be developing philanthropic initiatives as well as developing outreach programs to work with community schools to raise awareness to the opportunities in horse sports.