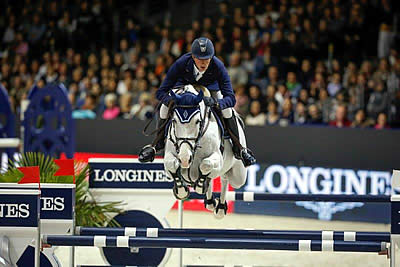 Puerto Rico (PUR), 10 November 2015 – The Longines FEI World Cup™ Jumping Final and the FEI World Cup™ Dressage Final 2018 will be held in Paris (FRA), marking the first occasion that the French capital has had the opportunity to stage equestrian sport’s most prestigious double indoor Finals.

The decision was taken today by the FEI Bureau at its in-person meeting held in San Juan (PUR) at this year’s FEI General Assembly.

“We are delighted that the FEI World Cup Finals will be taking place in the vibrant French capital,” FEI Secretary General Sabrina Ibáñez (previously Zeender) said. “This will be the first time the dual Finals have been held in Paris, although the Finals were held separately in 1987 for Jumping and 1991 for Dressage, so the time is right to return to this wonderful international city.

“Last year France hosted the largest Alltech FEI World Equestrian Games to date, and we are confident that GL Events, the team that organised brilliant double Finals in Lyon in 2014, will take the Longines FEI World Cup Jumping Final and the FEI World Cup Dressage Final 2018 to a new level of excellence.”

The Longines FEI World Cup™ Jumping Final and the FEI World Cup™ Dressage Final 2018 will take place from 10 to 15 April at the AccorHotels Arena, formerly known as Paris Bercy Arena, located on the Boulevard de Bercy in central Paris.

The indoor arena, known for its pyramidal shape and walls covered with sloping lawn, is one of France’s biggest concert venue and has hosted global megastars such as Madonna, Céline Dion, Tina Turner, Kylie Minogue, and U2 among many others. Major sporting events, including the ATP Tour tennis tournament Paris Masters, have also been held at this venue.

The Bureau re-opened the bid for the FEI World Breeding Endurance Championship for Young Horses 2018.