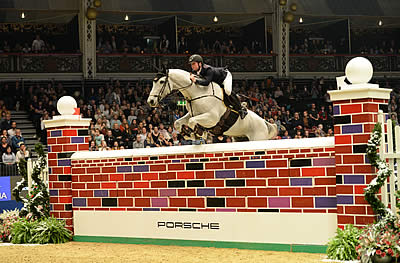 Olympia, The London International Horse Show announced the live TV broadcast and streaming schedule which will take the Show out beyond the four walls of the Olympia halls. High viewing demand is anticipated for the Show which has eight of the world’s top ten show jumpers lined up to compete including British number ones and Olympic Gold medalists Ben Maher (jumping) and Charlotte Dujardin (dressage). Olympia continues to be the most watched show jumping event in the UK.

Olympia Show Director, Simon-Brooks Ward, said: “We are grateful for the BBC’s continued support of the Show. Over the years their coverage has provided an important platform for equestrian sport in the country and is not only hugely beneficial for the Show but for equestrian sport as a whole.

“This year the competition is shaping up to be better than ever and we hope the extensive viewing opportunities on offer will allow fans from around the world to be involved in what is truly a festive equestrian extravaganza.”

In the UK, the BBC will be showing over 14 hours of live coverage on BBC Two and on their online platforms including the Red Button.

For those wanting to watch live from outside the UK:

All FEI World Cup™ classes can be viewed internationally on FEI TV.

In the US and Canada the full programme of classes with the exception of the FEI World Cup™ classes will be available on Horse & Country TV.

In Scandinavia, the full programme of classes, with the exception of the FEI World Cup™ classes will be shown on Riders Live TV.