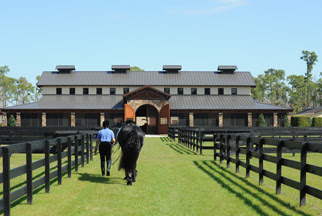 Honesty is an interesting concept. Most of us horses are truly honest. We don’t know how to be any other way. But people, well, not so much.

Most people believe they are honest. But often humans are simply justifying their behavior and calling it honesty. If they really looked at what was going on, they’d probably realize they were either manipulating a situation to their advantage, or ignoring the truth of their behavior.

Are you honest? I’ll bet you are, at least most of the time. Sometimes not being honest is the kindest thing… like when your grandmother asks if you like her mince pie, but you really don’t. You don’t want to hurt feelings. So, when is honesty the best policy and when is it a matter of violating values and honor? That’s a tough question that I don’t have an answer to. But perhaps just asking the question will stir the kind of thought that’s helpful.

Do you appreciate honesty? Are you a good example for your children, friends, co-workers? A reputation is an easy thing to damage, so use your good sense of honesty well.

I’m honestly hungry! Will you bring me a carrot or two? Jane’s out of town and I want my treat!