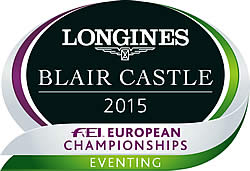 Lausanne (SUI), 1 April 2015 – Blair Castle International Horse Trials is delighted to welcome Longines as title sponsor of the FEI European Eventing Championship 2015, to be held at Blair Castle in the Scottish Highlands from 10-13 September 2015.

About Longines:
Longines has been based at Saint-Imier in Switzerland since 1832. Its watchmaking expertise reflects a strong devotion to tradition, elegance and performance. Longines has generations of experience as official timekeeper of world championships and as partner of international sports federation. Known for the elegance of its timepieces, Longines is a member of the Swatch Group Ltd, the World’s leading manufacturer of horological products. With the winged hourglass as its emblem, the brand has outlets in over 140 countries.