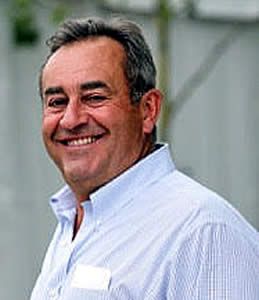 Los Angeles, CA. July 19, 2016 – Kicking off the Longines Masters Series season II, the American leg of the Grand Slam Indoor of show jumping – the Longines Masters of Los Angeles – will host the world’s top riders and horses to compete during four days of high-powered, fast-paced equestrian sport, September 29 – October 2, 2016. Highlights of this year’s event will include the Longines Speed Challenge, Gold Cup, Pro-Am Style and Competition for Charity, and more, culminating with Sunday’s Longines Grand Prix.

Courses will be designed by Uliano Vezzani, who has been named the official course designer of the Longines Masters Series’ second season across Los Angeles, Paris, and Hong Kong, bringing new challenges for the riders.

“I am proud and thankful for EEM giving me the opportunity to continue to build the brand of this prestigious and recognized circuit. This new adventure can only enrich my experience and stimulate me to make things better,” said Vezzani. “I have a very positive impression so far and look forward to being integrated into the ‘Longines Masters Family.’”

Friday will focus on speed with the Longines Speed Challenge, considered to be the world’s fastest class. Created in 2010 by EEM, the Longines Speed Challenge takes places over a 1.45m course, combining speed, agility, power and precision of both the riders and horses. Faults are less heavily penalized than in other classes, giving free rein to speed, resulting in an event full of emotion and suspense. Vezzani’s course for the competition will be the same for all three events of season II, allowing riders a unique opportunity to improve their skills throughout the series and to become the fastest rider in the world!

Saturday is the day of glamour, entertainment and philanthropy with the Pro-Am Style and Competition for Charity and the Gold Cup.

The Pro-Am Style and Competition for Charity features teams of amateur and professional riders, who each dress up and compete to raise money for charity. Each team will be judged on the number of penalties over the fences, the team’s style and elegance, as well as the horse’s style. Last year, the competition featured celebrity riders including Kaley Cuoco, Jennifer Gates, and Hannah Selleck, as well as 2016 U.S. Olympic team member Kent Farrington, Edwina Tops-Alexander, and more.

The Gold Cup is a technical 1.55m (5’) class based on the “winning round” format, which consists of two rounds with no jump-off. Instead, the second round invites back the top ten riders from the first round, and the initial scores are discarded so that everyone starts from scratch.

Alongside the major 5* classes, the Longines Masters of Los Angeles will also welcome the USA’s best junior, amateur and professional riders for the Prestige Trophy and National Trophy classes, where the stars of tomorrow will rub shoulders with world champions of today.

The warmup paddock, uniquely located in the heart of the Prestige Village, offers spectators the unique opportunity to discover the world’s best 5* riders and witness the future stars of tomorrow warming up beginning on Thursday and continuing throughout the competition. This year the Longines Masters of Los Angeles will also include Masters Classes, giving amateur riders the unique privilege of training with some of the best riders in the world. Spectators and fans will also be able to meet the riders through autograph sessions, meet-and-greets, and more.

Following the success of polo at the Hong Kong leg of the Longines Masters Series, the Los Angeles event will welcome the sport for a match between esteemed United States riders. This blend of equestrian sports will help to unite the disciplines and teach show jumping spectators about the excitement of polo.

Event passes are now on sale at http://www.longinesmasters.com/en/ticketing to secure a seat for “the number one sow jumping event in the USA” according to North American Rider Group.