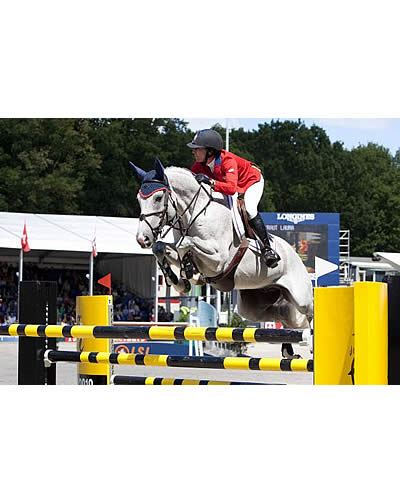 A prominent horsewoman and competitor on the global stage, Kraut is no stranger to advocating for a better world. While she has used horses to ride and compete on behalf of other causes in the past, this time it is horses themselves that she will be fighting to help.

As an official Brooke USA Advocate, Kraut hopes to bring attention to the plight of working equines and the people who depend on them in the world’s poorest countries.

For more than 80 years the Brooke has improved the living and working conditions of horses, donkeys and mules in developing nations. Through direct veterinary intervention and scientific research, and by working with owners, communities, and governments, last year alone the Brooke reached nearly 1.5 million equines. As a result, six million people directly benefited in countries where many of those people earn less than a dollar a day.

The Brooke alleviates unspeakable suffering in equines who would otherwise live their entire lives in misery due to exhaustion, dehydration, malnourishment, crippling injuries, abuse and disease, before dying in obscurity.

“How could you not want to help?” Kraut said. “Looking at the Brooke’s photographs and hearing the stories will initially bring you to tears, but it quickly turns to hope and excitement when you learn about their practical, proven, sustainable solutions to these serious equine welfare issues.” She continued, “While we may jump for sport, these owners are counting on the income generated by their animals to keep their children from going hungry each night.”

The Brooke works at the community and national levels in 11 countries across Africa, Asia, the Middle East and Latin America. Brooke USA, headquartered at the Kentucky Horse Park in Lexington, Kentucky, exists to support the overseas programs of the Brooke. It is growing rapidly due to the generous support and advocacy of respected horsemen and women like Kraut.

One of the most successful riders in the game today, Kraut’s competition resume is significant. She was a gold-medal winner for the United States at the 2008 Olympic Games, a member of the silver medal World Equestrian Games team at Aachen in 2006, has had successful performances at World Cup Finals and several Nation’s Cup teams, not to mention more than 100 Grand Prix wins.

Cindy Rullman, Fundraising Development Manager for Brooke USA, said, “When a competitor of Laura Kraut’s stature has the vision to recognize a global need and is willing to jump in to help, we’re all better for it. The possibilities are very exciting because if the elite show jumping community embraces the work of the Brooke, the potential exists for widespread suffering to be alleviated on a massive scale. It’s that simple and that important.”

While her performance in the saddle is something to be respected in its own right, her advocacy of Brooke USA is certainly another title to add to her contributions to the equestrian community.

Brooke USA is a 501(c)(3) charity and exists solely to support the overseas work of the Brooke. For more information about Brooke USA, please contact Cindy Rullman: 859-296-0037, Cindy.Rullman@BrookeUSA.org, or visit www.brookeusa.org.