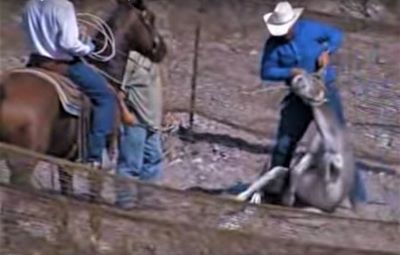 History is replete with examples of people and agencies causing great harm or that have been caught in the act of some form of wrongdoing, only to offer the excuse, “I was just doing my job…”

On 16 March 1968, First Lieutenant William L. “Rusty” Calley, Jr., and his platoon murdered at least 300 Vietnamese civilians (and perhaps as many as 500) at a small South Vietnamese sub-hamlet called My Lai.

The excuse offered to the military court in regard to that massacre was “I was only following orders.”

Is it ever acceptable for Government agencies, such as the Bureau of Land Management (‘BLM’) and the U.S. Forest Service (‘USFS’) or their employees, to engage in wrongdoing as a function of ‘just doing their job’?

Are employees of Government agencies required to follow directives from their superiors even when such directives are highly questionable or fly in the face of common sense, logic, and established policies and law?

Is it reasonable for the BLM and USFS to willfully ignore the best available science that would lead to a more honest, humane, and ecologically appropriate wild horse management model?

Is it fair to American taxpayers for the BLM to knowingly waste over $100 million annually in taxpayer funds mismanaging wild horses when there exists a far more cost-effective and humane method for managing native species wild horses in America?

History teaches many lessons for those who ask the right questions.