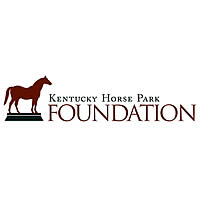 LEXINGTON, KY – Emmy Winner and two-time Academy Award nominee James R. Messenger is donating two iconic symbols of horse racing to the International Museum of the Horse at the Kentucky Horse Park – Secretariat owner Penny Chenery’s ticket to the 99th Kentucky Derby and a rose from Secretariat’s “Blanket of Roses.” To this day, Secretariat’s 1:59 2/5 seconds “Run for the Roses” in 1973 remains the all-time Kentucky Derby speed record, and he was the first horse to run the Derby in less than two minutes.

“Role model excellence – some consider Secretariat the greatest of all athletes – begets excellence,” said Messenger, “and the chance for young and old to connect with such a champion directly should prove inspirational for others.”

Mr. Messenger is making this gift to the Kentucky Horse Park Foundation in the name of NFL Quarterback Tom Brady, who also serves as an athletic role model through his achievements at the highest level of human effort in sport – and who also is a big fan of the Kentucky Derby.

Bill Cooke, director of the International Museum of the Horse, stated, “These two pieces of memorabilia are a wonderful addition to our existing Secretariat exhibit, which includes three of Secretariat’s Triple Crown trophies.” Ms. Chenery’s ticket and the rose will go on display at the museum prior to the 2015 Kentucky Derby.

The Kentucky Horse Park Foundation, a 501(c)3 non-profit organization, fulfills its mission to enhance, expand and improve the Kentucky Horse Park by fundraising within the private sector. This partnership between private donors and the support of the Commonwealth of Kentucky is what has enabled the incredible success of the Kentucky Horse Park. Since its inception in 1985, the KHP Foundation has raised more than $25 million, which has funded critical improvements such as new facilities, research projects, new horses, landscaping ventures, and much more.

The Kentucky Horse Park is a working horse farm, theme park and equine competition facility dedicated to man’s relationship with the horse. The park is an agency of the Kentucky Tourism, Arts and Heritage Cabinet and hosted more than 800,000 visitors and campers, as well as 18,400 competition horses in approximately 200 special events and horse shows in 2014. The park is home to the National Horse Center, which comprises more than 30 national and regional equine organizations. Located at Exit 120, Interstate 75, just north of Lexington, the Kentucky Horse Park is THE place to get close to horses. Information about the park’s programs and activities can be found online at www.KyHorsePark.com, and on Facebook, Twitter, Google+ and Instagram.