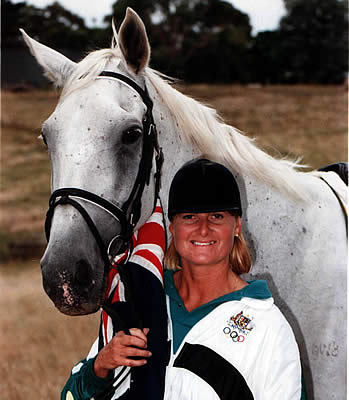 Lausanne (SUI), 22 November 2017 – Gillian Rolton (AUS), double Olympic gold medallist and former member of the FEI Eventing Committee, passed away on 18 November after a long battle with cancer. She was 61.

She made a huge impact on the sport of Eventing, both as a top competitor and as a lifetime active advocate for the sport. She served on the FEI Eventing Committee from 2011 to 2015 and, as Director of the Australian International three-day event in Adelaide, developed the event to the highest level as one of the FEI Classics series, which grouped together the world’s six four-star events. Her many influential administrative posts in Australia meant that she was a huge influence on the growth and development of the sport.

“The loss of Gill to cancer has devastated so many people in the Eventing world,” Catrin Norinder, FEI Director Eventing and Olympic, said. “She was a truly special person who had time for everyone and who gave so much back to the sport she adored. Her successes on the field were mirrored by her incredible input on the administrative side on so many levels. Her passing leaves a huge void that will be difficult to fill.”

The FEI President Ingmar De Vos called for a minute of silence at the FEI General Assembly for members of the equestrian community who had been lost in the past year, including Gillian Rolton.

A state funeral will be held on Monday 27 November.

The FEI extends its deepest sympathy to Gill’s husband Greg, her family and wide circle friends and to the National Federation, Equestrian Australia.