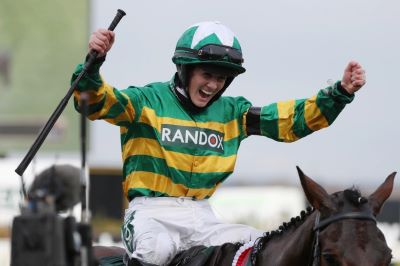 Looks like we may have a female jockey again: Rachael Blackmore, riding the #1 favorite, Minella Times, who made history winning the 2021 edition with Blackmore in the stirrups.  Minella Times will be running with his rating having risen to 161 – up 15lb from his mark of 146 last year. Grab this list of Grand National Runners and their jockeys for 2022.