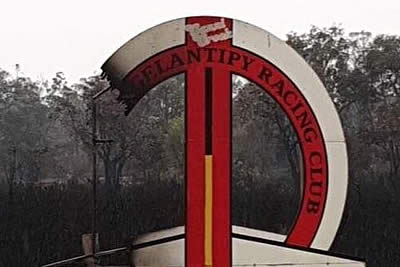 Following the Australian bushfire which happened recently left the East Gippsland Community in shock as the Buchan racetrack was seen to have been burnt up. Recent news emerging claims that the historic Buchan Cup meeting will be holding on February 15 despite being scorched.

The rebuilding for the 133rd edition was given permission by Country Racing Victoria – which proves to be exciting news for the Buchan and Gelantipy Race Club, who has been keen on putting in place a meeting as a means to reignite the community spirit.

The Australian fire, that was reported to start at the beginning of the season back in July 2019, captured most of the East Gippsland and was stated to be the most affected parts of Victoria as the fire got worse during Christmas and New Year period.

Part of the things that didn’t make it through in the racecourse was the winning post, running rail, and callers’ towers, while the home straight was have suffered the worst damage. But every supporter was sure they can very much recover from the outbreak due to the amount of cash being made in each tournament. This is due to betting on the races at the course; if you want to get involved with this, you can by checking out horse racing tips like these ew horse tips from the winners’ enclosure, for example.

Speaking to the media about the meeting, CRV CEO Scott Whiteman said via Racing Post: “We’re thrilled Buchan Cup day is able to go ahead as planned. This is a racing club that has raced for 132 years, and we are delighted that their annual meeting hasn’t been waylaid by the bushfires.

“We’re very grateful for all of the help that the racing fraternity has offered Buchan over the past few weeks. We now ask that as many people as possible turn up at the races on February 15 to show their support at this fantastic community race day.”

The fire outbreak is still very much a problem in Australia as Racing Victoria was recently pushed to desert the racing at Yarra Valley and Caulfied on Wednesday, after Spendthrift Australia Park meeting was given up on following the smoke haze that pulled up last Tuesday.