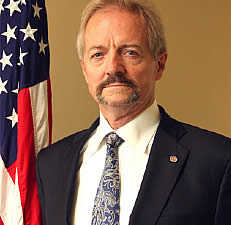 The nomination of William Perry Pendley as Director of the Bureau of Land Management (BLM) is rife with controversy and inconsistency. If this self-proclaimed “sagebrush rebel” has his way, we may no longer have federal public lands – making our wild horses and burros effectively homeless.

Pendley is well known for espousing the idea that our treasured public lands should be sold off. He has called man-made climate change “fiction” despite the ample support of scientific evidence and decried the origin of the Black Lives Matter movement as “a lie that spread like cancer.”

For the senators who now face the process of confirming Pendley’s nomination, the decision should be a simple one. If they represent the belief that public lands belong to every American, they must vote against Pendley. But, for the Republican-dominated Senate in our highly charged, politically-polarized nation, the decision is weighing heavily on some.

To watch Ginger’s take on Pendley’s nomination and what it could mean for our cherished wild herds, click here. Watch the video and then please take decisive action. It only takes a minute, and your impact may very well make history.