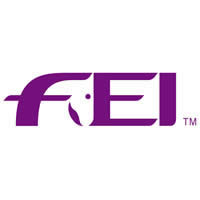 Lausanne (SUI), 4 December 2014 – The Fédération Equestre Internationale (FEI) has renewed its long-standing broadcast partnerships with the European Broadcasting Union (EBU) and IMG through to the end of 2022 in agreements that will generate markedly increased coverage of the world’s most prestigious equestrian events.

Following a hotly contested bidding process, the new agreements with EBU and IMG provide the FEI with a guaranteed minimum financial return of an undisclosed eight-figure sum, and substantial additional value-in-kind in distribution and production-related consultancy and services.

The continued partnership with EBU includes broadcast rights to the FEI’s flagship events, including the FEI World Equestrian Games™ (2018 and 2022), the FEI European Championships (2015, 2017, 2019 and 2021), and the FEI World Cup™ Finals through to the 2018/19 season. Key EBU members have agreed to substantially improved broadcast commitments in the terrestrial, free-to-air sector which will see equestrian sport being shown by public broadcasters throughout Europe.

The renewed agreement with IMG, a global leader in sports, fashion and media, confirms the company’s role as the FEI’s international distributor. IMG will be in charge of distributing the world’s most prestigious and popular equestrian series, including the FEI World Cup™ and the FEI Nations Cup™ circuits for the next five years. IMG will also be responsible for the distribution of broadcast rights to the FEI World Equestrian Games™ (2018 and 2022) and the FEI European Championships (2015, 2017, 2019 and 2021) that fall outside the agreement with EBU.

EBU and IMG will continue to work in close partnerships with the FEI on the further development and expansion of its television rights distribution.

“We are delighted to be selected by the FEI to extend our existing partnership for another eight years,” Stefan Kürten, EBU Director Sports & Business, said. “This new agreement will allow the FEI and EBU Members to further develop equestrian sport. It shows the commitment of EBU Members to extensively broadcast this Olympic sport on free-to-air channels, and we look forward to building on our previous success by increasing the exposure of equestrian sports and strengthening our relationship with the FEI.”

Michel Masquelier, Chairman, IMG Events & Media, said: “We have developed new relationships with broadcasters around the world over the last five years to familiarise them with the top equestrian events. We are confident this new agreement will enable us to continue to grow and strengthen those partnerships and to promote the sport to a wider audience. It’s an exciting prospect and we look forward to working alongside the FEI for a further eight years.”

“The renewal of our broadcasting partnership with EBU and IMG through to 2022 comes with substantially improved terms and, on top of CNN’s pre-existing commitment to expand its coverage, provides our sport with the perfect showcase for existing fans and for an increasing fan-base world-wide,” FEI Secretary General Ingmar De Vos said. “The fact that we had so many bidders for the process shows that equestrian sport is seen as a really valuable property by the market’s key decision makers. Our partners at EBU and IMG are investing in a product that they truly believe in and they’ll be delivering more equestrian content to more viewers than ever before. We are looking at continuing unprecedented growth in the global coverage of our sport, both in the Olympic and non-Olympic disciplines.”

The FEI invited bids for its broadcast distribution and production in June of this year, with 24 organisations submitting proposals for consideration. Following a rigorous selection process, the shortlisted agencies presented proposals at the FEI Headquarters in Lausanne. Further to today’s announcement on its distribution partners, the FEI confirmed that it will announce its production partner in 2015.

The European Broadcasting Union (EBU) is the world’s foremost alliance of public service media (PSM) with 73 Active Members in 56 countries operating 913 TV services and 854 radio services broadcasting in 96 languages to a potential audience of 1.02 billion people and 21 Associate Members in Asia, Africa and the Americas. The EBU’s mission is to support and strengthen PSM across Europe and beyond.

The EBU operates EUROVISION and EURORADIO. EUROVISION is the media industry’s premier distributor and producer of top-quality live news, sport, entertainment, culture and music content. EURORADIO enhances public service radio through the exchange of music, news, professional networking, and the promotion of digital and hybrid radio. EBU is also a centre of learning and sharing for its Members, with offices in Brussels, Rome, Moscow New York, Washington DC, Singapore, and Beijing. Its headquarters are in Geneva.

IMG is a global leader in sports, fashion and media operating in more than 25 countries around the world. IMG’s businesses include Events & Media, College, Golf, Tennis, Performance and IMG Academy, Fashion, Models, Clients, Consulting, Licensing, Joint Ventures, and creative management agency Art + Commerce. In 2014, IMG was acquired by WME, the world’s leading entertainment and media agency. Together, the companies offer an unparalleled client roster; strategic partnerships with sponsors and brands; and marquee assets across sports, entertainment, events, music and fashion.

The FEI, founded in 1921, is the world governing body for Jumping, Dressage & Para-Equestrian Dressage, Eventing, Driving & Para-Driving, Endurance, Vaulting and Reining, in which last year alone 3,557 events were held around the world representing over 150% growth since 2003. The FEI, which is recognised by the International Olympic Committee (IOC), celebrated 100 years of equestrian sport in the Olympic movement at the London 2012 Olympic Games.

The FEI also became one of the first International Federations to govern and regulate international para sport, alongside its seven able-bodied disciplines, when Para-Equestrian Dressage joined its ranks in 2006. The FEI now governs all international competitions for Para-Equestrian Dressage, which has been a regular fixture at the Paralympic Games since 1996 and joined the FEI World Equestrian Games™ in 2010, and Para-Driving. See www.fei.org & FEI Annual Report 2013. Follow FEI on Twitter @myfei_home.