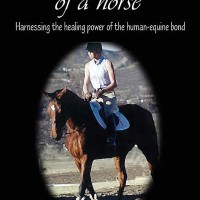 For this reason, Shatner and his wife Elizabeth established the Therapeutic Riding Consortium Endowment for Israel with the help of the Jewish National Fund in 2006 to benefit programs for children of various ethnicities throughout Israel. It was during his time in Israel that Shatner learned the Hebrew phrase “Sussim osim nissim,” meaning “horses make miracles.”

Since 1990, he has been a leading force behind the Hollywood Charity Horse Show, which is a favorite event for many Los Angeles natives and usually well attended as Shatner brings in various celebrities, such as Sheryl Crow, Willie Nelson, and Randy Travis, to raise money for children’s charities.

A serious competitor in reining, Shatner was named Pacific Coast Year End Horse of the Year All-Around Amateur in reining in 2009. The following year he participated in the opening ceremonies of the FEI World Equestrian Games at Kentucky Horse Park with Call Me Ringo, a son of Sultan’s Great Day that he bred himself. In 2010 artist Katherine Bogucki sculpted Call Me Ringo for Stone Model Horses.

Shatner, always looking for opportunities to spend time with his horses, is able to sum up his passion for them in one sentence: “Riding a horse is freedom, love, and a connection with nature.”