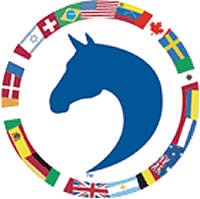 Wellington, FL – May 29, 2013 – Equestrian Sport Productions (ESP) and Wellington Classic Dressage are pleased to announce that they have reached an agreement on the structure of the Dressage calendar for 2014 and beyond and will submit this to the United States Equestrian Federation (USEF). Working together with the USEF and the other CDI Dressage show organizers, including IHS Palm Beach and Gold Coast Dressage, a very balanced Winter Dressage circuit has been developed that reduces the overall number of CDIs in Palm Beach County, but creates a series that will be very attractive to international riders from all over the world.

The proposal is subject to approval by the USEF, but both organizations are confident that it is in line with recent discussions between all the parties.

The proposal will utilize the Adequan Global Dressage Festival venue (The Stadium) as the main base for the international events except for the iconic Palm Beach Derby CDI-W, while other shows would continue at the Loxahatchee venue or Jim Brandon Equestrian Center.

Noreen O’Sullivan, the Manager of Wellington Classic Dressage, stated, “I am very pleased that an agreement has been reached to work together and I know that the sport of Dressage can really grow and reach the level it deserves by utilizing the fantastic facilities at the Adequan Global Dressage Festival.”

Mark Bellissimo, CEO of ESP, agreed: “I am delighted with the outcome; this is a great step forward and is proof that groups working together despite prior differences are much more powerful than continued opposition. We can now give Wellington a world-class circuit at a world-class venue and that is only to the benefit of both the Dressage and non-equestrian communities in our great Village.”

Michael Stone, President of ESP, stressed that the agreement was subject to USEF approval, but following recent meetings with the USEF and the various CDI organizers, he stated, “I am confident that our proposal will be well received and is in the best interest of the sport. However, out of respect to the decision-making process of the USEF, the full details of the proposal cannot be released until we have received the formal approval.”