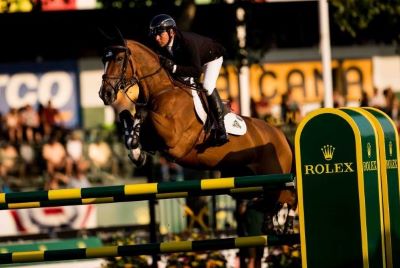 Eric Lamaze is one of the world’s most respected show jumpers and achieved so much throughout his stellar career. Following the announcement of his retirement, the Rolex Grand Slam team reached out to some of Eric’s biggest fans and dearest friends to highlight what makes him the legend he became.

What is your favourite Rolex Grand Slam Major memory with Eric Lamaze?

There is more than one moment that stands in my memory; it is more about the history between Eric and the Rolex Grand Slam Major of Calgary. Over the years he has built a legacy over there and both Eric and Spruce Meadows have benefited from all the successes they have shared; it is unimaginable what he has achieved in that ring.

Which of Eric’s horses stands out the most and why?

Hickstead. He is one of the all-time greats and so similar to Eric – one pair I can’t stop watching again and again.

What is the most useful thing you have learnt from Eric?

If you could use one word to describe Eric, what would it be?