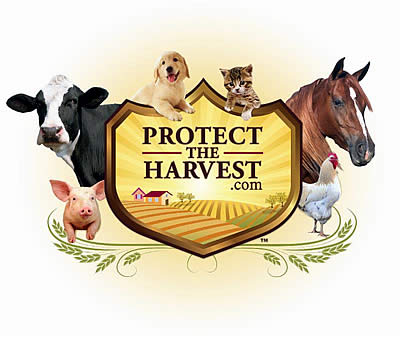 New York, NY (October 25, 2016): EQUUS Film Festival, the only horse focused movie, art and literary gathering in America, is proud to name “Protect the Harvest” as the title sponsor of its annual event to be held in New York City on November 17-20. Protect the Harvest is a non-profit organization that focuses on the betterment of life for all animals, including horses.

“One of the major concerns of Protect the Harvest is how to protect horses living in the wild,” said Lucas.  “While not everyone agrees on how to do that, many horse lovers agree that we don’t want our wild horses dying from starvation or dehydration and that something must be done.”

“We believe that smaller herds will help preserve their freedoms and their health. Opening up a dialogue on how to best solve these issues and protect Range Lands is something that needs to be discussed by ranchers and horse lovers.”

“The Wild Horse issue is only one of the many areas that EQUUS Film Festival focuses on and now with the help of Protect the Harvest, we will be able to continue to give the many filmmakers a place to showcase their hard work that has resulted in wonderful films that need to be seen and shared,” commented EFF Founder, Lisa Diersen.

The EQUUS Film Festival also takes a selection of its films to various “Tour Stops” throughout the year. “Our goal is to showcase our filmmakers, and this title sponsorship is going to allow a selection of these horse films to be shown at more locations,” added co-organizer Diana De Rosa.

This year’s EQUUS Film Festival begins on Thursday night, November 17 with a Welcome Reception where the horse loving public is invited to meet the many filmmakers, authors and artists (you must reserve your free ticket by going to Eventbrite via the website). November 18-19 will feature films from 12:00 noon to 11:00 p.m. at the Village East Cinema (and will include the Li’l Herc two-hour free children’s screening).

On Sunday, November 20, the WINNIE Awards will be given out at The Wild Horses of Sable Island Gallery. For more information, a time schedule about this year’s EQUUS Film Festival, and a link to purchasing and/or reserving tickets, visit the website at www.equusfilmfestival.net.

ABOUT THE EQUUS FILM FESTIVAL: The annual EQUUS Film Festival, founded in 2013 by Lisa Diersen, is the first event of its kind to offer a home to the storytellers of the horse world, with films, documentaries, videos, commercials and shorts from around the world and also cultural elements of fine equestrian art and literature.

ABOUT PROTECT THE HARVEST: Protect the Harvest is a national coalition formed to defend the rights of America’s farmers, ranchers, animal owners, and outdoors enthusiasts.