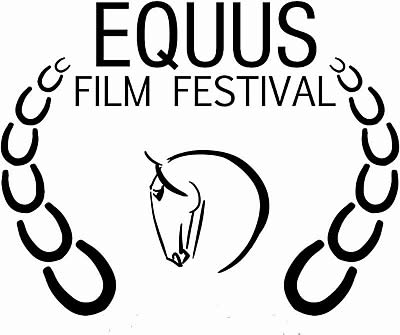 For the first time ever, equestrian-themed movies will be added into the mix of entertainment and activities at WEG, giving those from near and far the opportunity to watch films they may never have had the chance to see, ranging from documentaries to feature-length productions. From noon until 5:00 p.m. EST every day, beginning on the 11th and continuing through the 23rd, a variety of films, many related to the eight FEI disciplines showcased at WEG, will be featured in the all new EQUUS Theater located near Legends Plaza as part of the World Equine Expo™, thanks to presenting sponsor, Mustang Leadership Partners.

A Sampling of the Films

The EFF will offer the opportunity for spectators and attendees a chance to not only see the top competitors vie for medals at this prestigious event, but enjoy a variety of movies about horses from all around the world.

Endurance riders will be featured in All the Wild Horses, highlighting an intense cross-country race that takes place in Mongolia. Enthusiasts of the sport of Driving will appreciate The Caravan, showcasing the journey of a five-month carriage trek across America. Dressage fans will enjoy learning the true story of Totilas, following this iconic athlete’s journey after his 2010 WEG Gold medal victory.

For those interested in Reining and Para-Dressage, It’s Reining and Para Reining will give an insider’s view of these fascinating and heart-warming disciplines. Eventers will want to see Riding High, which dives into the robust history of Eventing in Australia. Vaulters will love The Horse Dancer, a feature-film about the discipline Vaulting, starring two of the Canadian Vaulting team horses.

Harry and Snowman has become an instant classic and will be a thrill for fans of Jumping, as the story about the horse who after being saved from the slaughterhouse became a world champion, and Desert Flight, a love letter to the sport.

There will also be films for polo fans, because The Four Horsemen will get to the heart of the sport.

While this is only a sampling of the many films being shown, it doesn’t matter what discipline you enjoy because the 100+ films in 84 hours over the 13 days will appeal to any audience.

Thinking outside the Box

With the goal of creating a unique experience at a World Equestrian Games, leadership is thinking outside the box and incorporating new and different opportunities. Knowing that the six-year-old EQUUS Film Festival is all about national and international horse films, they invited founder, Lisa Diersen, and Co-Organizer, Diana De Rosa, to map out a plan to include horse films designed to entertain an audience that will be coming from all over the world.

Not only will those attending have the opportunity to witness fabulous films but also get a chance to meet over 35 of the filmmakers and equine movie stars up close and personal. In addition to the films, there will be filmmaker and Q&A panels on the Coca-Cola Stage and meet & greets outside the theater. Some of those attending will also be doing demonstrations.

“Misty was the first horse movie I fell in love with as a child and my love for horse films has never stopped. I feel honored to be able to share my passion with the world at this amazing event. Our filmmakers work tirelessly creating the wonderful films that we have in the EQUUS Film Festival collection. By bringing our equine movie star horses along with EFF authors and artists to the world stage in Tryon, the dream of sharing horse movies with the world is coming true! I’m grateful for my amazing EFF Co-Organizer Diana De Rosa and our EFF team; thank you all for helping to make this happen,” commented Diersen.

“As an equine journalist, I’ve covered eight Olympic Games and every World Equestrian Games and this will be my ninth. I join Lisa noting how excited we are for the over half million expected attendees to have the chance to see so many wonderful horse films,” added De Rosa.

With the support of presenting sponsor, Mustang Leadership Partners, films at the ninth World Equestrian Games have become a reality, as they will be the key sponsor for the building of the EQUUS Theater where the films will be shown.

The Mustang Leadership Partners is part of the Chattanooga Girls Leadership Academy, Tennessee’s first all-girls public charter school, which Sue Anne Wells founded in 2009. Realizing the powerful leadership lessons that mustangs can provide, Wells decided to launch an equestrian program. The students meet two hours each week and are challenged to make connections between their work with mustangs and their own lives. Wells will be at WEG with four mustangs and ten girls from the Academy.

Wells made the decision to become presenting sponsor after her film, When the Dust Settles, was shown at the Festival in 2017 where it won both the Wild Horse Full Length Documentary and Best of Festival about Wild Horses WINNIE Awards. This film shows the parallel struggles and triumphs that mustangs and disadvantaged girls from inner city Chattanooga have faced in their lives. It gave Wells a chance to realize that not only did she have a wonderful platform to showcase her film, but so did all the other hardworking filmmakers.

“Horses have become such a meaningful and essential part of these girls’ lives; seeing films that honor these animals will be life changing for them,” remarked Wells. “We all will enthusiastically celebrate the filmmakers who come from parts unknown to share their films with the World Equestrian Games’ audience.”

If you haven’t already put this year’s FEI World Equestrian Games™ Tryon 2018 on your schedule, here’s your chance to not only watch the top equestrians in the world but also be entertained by some of the best horsemen. And in between be sure to stop at the EQUUS Theater to not only enjoy excellent films but to support the passionate work of the many filmmakers. Knowing you are taking the time to watch their film makes all the long hours and hard work worth it.

For a complete list of films being shown, the filmmakers and talent coming to support their films and those doing demonstrations, go to www.equusfilmfestival.net. For more about the FEI World Equestrian Games Tryon 2018, visit www.Tryon2018.com and http://www.fei.org/tryon-2018.

ABOUT THE EQUUS FILM FESTIVAL

Founded in 2013 by director Lisa Diersen and adding Diana De Rosa as co-organizer in 2015, the EQUUS Film Festival has grown into the “don’t miss” equestrian film industry event. In 2017, over 80 films were shown with the opportunity to win coveted WINNIE Awards for being the best in the herd, including Equestrian Art Film, Director, Documentary, Commercial, International, Music Video, People’s Choice and Best of Festival. EQUUS has also created WINNIE Award categories for Literature and Art, which has rounded out its commitment to being the home to the storytellers of the horse world.