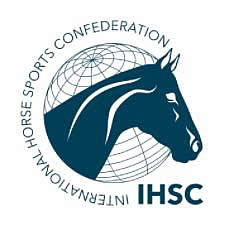 Proposed solutions that would secure the future of the European equine industry through safe and expedited horse movement between EU Member States and Britain following the UK’s departure from the EU have been sent to Michel Barnier, the European Commission’s Head of Task Force for Relations with the United Kingdom (UKTF), and to Lord Frost, the British Prime Minister’s Europe Adviser and Chief Negotiator of Task Force Europe.

The proposals, which cover equilibrium in equine health status between the EU and Britain, digital passports to facilitate seamless international transport of guaranteed high-health status horses, and zero tariffs for cross-border movement, are outlined in a comprehensive 14-page dossier produced by the International Horse Sports Confederation (IHSC) Task Force for Brexit and EU Animal Health Law, a collaboration of the key European Sport Horse and Thoroughbred horse racing and breeding industries.

The six-member task force was formed earlier this year by the IHSC, constituted jointly by the global governing bodies for equestrian sport and racing, the Fédération Equestre Internationale (FEI) and the International Federation of Horseracing Authorities (IFHA) in 2013.

High health horses in Britain have the same health status as those in EU Member States and the task force is requesting that a trade agreement between the EU and Britain should reflect this fact.

Zero tariffs are already in place, and the task force is requesting that they be maintained, with the scheme being extended to geldings. Currently only stallions and mares are eligible for tariff-free cross-border transport.

The high health status of each horse can be instantly validated through access to up-to-date vaccination and medical records, allowing for a higher level of monitoring and prevention of potential disease outbreaks in line with the biosecurity requirements of the EU Animal Health Law, thus facilitating speedy transit for these horses. The digital equine passports can also be adopted for use between EU Member States and A-listed 3rd countries.

If approved, the e-Passport would have no financial implications for the EU as costs around final development, implementation and running of the system will be met by the equine industry.

Using a two-pronged approach, the task force is seeking to have its proposals captured in the text of both the Trade Agreement and in the EU Animal Health Law, which comes into force on 21 April 2021.

Should a trade agreement with Britain not be reached, the task force is asking the EU to declare an equilibrium of health status for A-listed 3rd countries. The proposals also include regional agreements on the bio-secure traceable movement of high health horses signed between neighbouring EU Member States. A Tripartite Agreement previously existed between France, Britain, and Ireland, and there is currently an agreement between France and the Benelux countries.

“The equine industry is of crucial importance to the economic, social, sporting, and cultural fabric of both the European Union and the United Kingdom, and as representatives from all sectors of that industry, we believe that there are simple solutions that can guarantee a secure future for the European equine industry,” IHSC President Ingmar De Vos said.

“It is one of the most important animal breeding and production sectors in Europe, larger and with greater economic impact and employment than a number of other European agricultural sectors, with a net worth of over €52 billion per annum, providing 210,000 direct and more than 500,000 indirect jobs.

“Our goal is to reach an agreement that will allow for a continuation of the historical expedited movement of horses for breeding, sale, and competition between EU Member States and Britain. While there are some sectors currently under discussion that seem to remain difficult in the negotiations, we believe that there are simple solutions within the equine industry that can be readily included in a Free Trade Agreement. Indeed, they are also workable even in a no deal scenario.

“We are asking the negotiators on both sides of the table to take our proposals on board and incorporate them into the texts of the Trade Agreement, if there is one, and the EU to include them in the incoming EU Animal Health Law, which comes into effect next April.

“Without agreement on this, we estimate that the industry in Europe could shrink by as much as a third, with a potential €17 billion reduction in economic contribution, and the potential loss of 250,000 jobs in a marketplace already threatened with critical unemployment levels and a significant reduction in foreign direct investment in the European Union as the economic focus shifts to North America and Asia. So failure is not an option!”

The Fédération Equestre Internationale (FEI), world governing body for horse sport, and the International Federation of Horseracing Authorities (IFHA), joined forces in 2013 to create the International Horse Sports Confederation (IHSC), the first formal vehicle for co-operation between the world’s leading governing bodies for equestrian sport. The key mission of the IHSC is to encourage cooperation and the exchange of information on all matters of mutual interest between the IFHA and the FEI, as well as representing the collective interests of the horse industry with the World Organisation for Animal Health (OIE) and other international bodies.