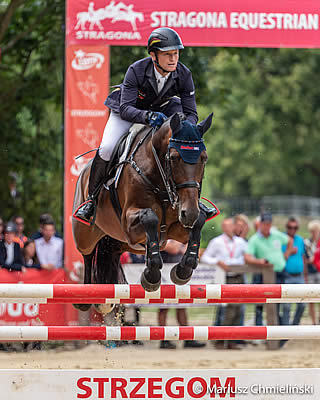 The 2020 season in Strzegom starts soon and will last from the beginning of April until half of October.

The first show is a national one, taking place at 4-5th of April. Varied and relatively easy cross-country courses will await the riders, suitable for the beginning of the season. The show will contain the following classes: CNC LL, CNC L, CNC 1*, CNC 2*.

The international season at the hippodrome in Morawa will begin with Strzegom Spring Open – the first of five big events in the Stragona Equestrian Center calendar. For many riders it will be the first show at the 4* level. As always, the cross-country tests will be designed in such a way that the athletes and horses will have the chance to test their form at the beginning of the season, but at the same time, to have a motivating experience before more difficult shows.

Traditionally, the cross-country course is the most demanding at Strzegom Horse Trials. This year the show will take place a week later than usual – from the 2nd until the 5th of July. New fences have been designed especially for this event, and groundwork has been performed to make the trial more attractive. The riders will compete not only in the Nations Cup, but also in easier classes. Thinking about junior and young riders preparing for the European Championships, we will have classes with a separate classification for their age categories. The athletes will also compete in two national classes: CNC LL and CNC L, and nine international ones: CIC1*, CIC2*-S, CIC2*-S-J, CIC3*-S, CIC3*-S-YR, CICO4*S-Nations Cup, CCI2* – L, CCI3*-L, CCI4*-L.

Fewer than ten days after Strzegom Horse Trials, Morawa will once again welcome the best European pony riders. The European Championships for Ponies in showjumping, dressage, and eventing will take place from the 14th until the 19th of July.

That’s not the end of summer in Morawa. The last weekend of August marks the beginning of Strzegom Summer Tour. The riders will compete in the following classes: CNC LL, CNC L, CIC1*, CIC2*, CIC3*, CIC4*. The difficulty level will as always allow the athletes to go up a level. The show is recommended for combinations that want to debut in a higher-level class.