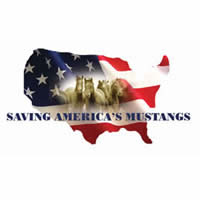 3/19/2013 – In Oklahoma, it appears, being connected to a family business can qualify a legislator as someone with special expertise to propose legislation that would benefit that business.

At least that’s the view of Skye McNiel, R-Bristow, who has proposed legislation that would allow horse slaughter in Oklahoma. She’s something of an expert on the business, because her family operates the largest horse auction house in the state.

She admits that legalized horse slaughter in Oklahoma could mean financial gain for her grandparents’ auction house, which is managed by her family. She used to work there, too, but now just helps out occasionally.

But other horse auctioneers also would benefit from horse slaughter, so that makes it OK for her to be proposing this legislation, she contends.

“It’s no different from an attorney running a tort reform bill or a pharmacist running a pharmacy bill,” McNiel said. “I’m from rural Oklahoma, and I run rural legislation. I mean, who better to understand policy than somebody who lives it every day?”

Well, it’s one thing to understand an issue from a firsthand perspective and propose legislation to address it. It’s quite another for one’s family members to profit from the legislation proposed. 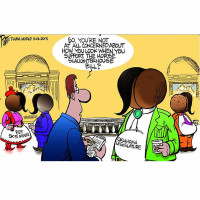 The pro-slaughter forces insist that a slaughterhouse is the best way to deal with growing numbers of abandoned, neglected horses. Really? Then why does industry data show that the vast majority of American horses now going to foreign slaughterhouses are healthy and relatively young? Is it perhaps because a younger, healthier horse fetches more money than a sickly old one?

The argument that irresponsible horse owners should be allowed to profit off their bad behavior just doesn’t sell. Let’s at least be honest about what’s going on: This is about making money.

Oklahoma has 2 bills that have passed committee which allow for the slaughter of horses, and possibly wild mustangs, in the state. Oklahoma House Bill HB 1999 allows for horse slaughterhouses to open up and slaughter our wonderful horses for human consumption.

Also, Senate Bill SB 735 makes it legal to have and export horse meat for human consumption. NO PUBLIC input has been allowed and they have both passed the committee with the potential to be voted into law AT ANY TIME.

Here is the contact form to write to the Oklahoma Governor, Mary Fallin, and tell her you do NOT support this!