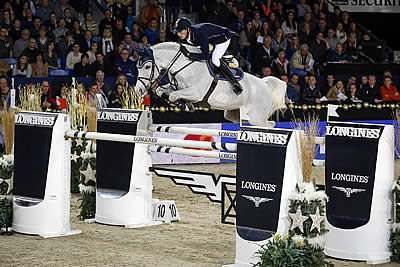 Deusser was lying third at the end of the previous rankings period, and a great run during the London International Horse Show at Olympia just before Christmas where he won the Grand Prix with Equita van T Zorgvliet, has helped promote him to the top slot. With 3,076 points, the 35-year-old heads Ahlmann by a full 70 points (3,006), while Farrington (2,950) just shades Ward (2,940). There has been little dramatic change in the top 10, although Frenchwoman Penelope Leprevost has dropped one place to 10th, while former world number one, Great Britain’s Scott Brash, has moved back into the top 10, up from 13th to ninth spot.

The new rankings reflect some super-competitive performances from riders who have the Longines FEI World Cup™ Jumping 2017 Final in Omaha, Nebraska (USA) in their sights. Deusser, who took the 2014 title and who, along with Ahlmann, was a member of the bronze medal winning German side at the Rio 2016 Olympic Games, still has some work to do to earn his place on the starting blocks at the Final.

Switzerland’s Steve Guerdat, 11th in the New Year rankings list, will be going for a back-to-back hat-trick of Longines titles when the Final gets underway on 27 March.