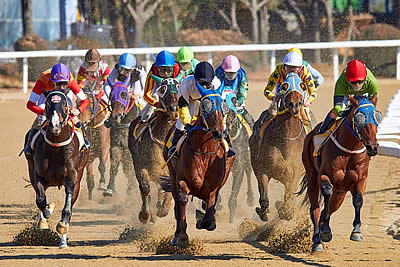 The Cheltenham Festival is the centerpiece of national hunt racing in the UK and Ireland. The biggest race of the entire week is without a doubt the Cheltenham Gold Cup, a race that racing fans and punter savior. This Cheltenham horse race attracts excitement and attention, and the 2020 renewal is no different.

The standout feature of the Cheltenham Gold Cup so far is how wide open it looks. By now in most years we have had a strong favorite who has shown ability far superior to those in opposition. However, with holes to pick in most form lines, and horses impressing before disappointing or the other way around, this could be the most open Gold Cup we have seen for years.

That will please punters betting on the race, who will be able to get good value on the selections they fancy. Those with free Cheltenham bets will be able to spend them on this race and get a big price, rather than backing an odds-on favorite like we will have in some other races at the meeting.

Free bets are a great way for punters to bet at the Cheltenham Festival and there will be many betting sites on offer for the upcoming horse racing. The Cheltenham Gold Cup is the pinnacle of the national hunt calendar, and a huge betting heat that everyone wants to be involved with.

Who Are the Main Cheltenham Gold Cup Contenders?

You will find many household names in this Cheltenham horse race, with plenty of fan-favorites taking to the track. With many horses coming back year after year to run in this race again, they quickly become adored by the public and this is one of the main reasons why the love for this race is so strong.

Willie Mullins, who trains in Ireland, holds a strong hand here, with both the winner from last season and one of the most talked about horses from last season both expected to line up. Al Boum Photo won the race last season and he is set to defend his crown after returning with an impressive win at Tramore over the Christmas period.

While his victory in the race last season was a surprise to some, he was foot perfect on the day, relished the stiff finish of the Cheltenham course and demands plenty of respect going back there as the champion.

His stablemate Kemboy also ran in the Gold Cup of 2019, but unseated his rider early in the race which prevented him from getting involved. The rest of his form is top class though, and includes a win against Al Boum Photo after the Cheltenham Gold Cup last year as well as a win at Aintree where he beat King George dual winner Clan Des Obeaux.

He has only been seen once this season and was disappointing when only managing to finish fourth at Leopardstown but he is clearly a high quality horse on his day who could take a lot of beating.

We have just mentioned Clan Des Obeaux, and he is another in with a chance this season. The Paul Nicholls trained runner will have landed many winning free bets for punters when landing his two King George titles, but can he win a Gold Cup? He struggled to get home over the distance of 3m2f last year and seems to need a flat three miles to be seen at his very best which is a worry for him.

There is no doubt that this horse is full of class, and if terms of ability he could well be the best horse in the race. However, the test of a Cheltenham Gold Cup over 3m2f and on a stiff track is not what he needs, and for that reason there will be many who think he simply cannot win the big one, no matter how good he is over shorter.

The youngster emerging as a star horse is definitely Lostintranslation, though he has to bounce back from a disappointing run in the King George. He was excellent as a novice last season and backed that up with a win in the Betfair Chase at Haydock in November to show he is the real deal.

However, he was pulled up when running poorly in the King George, and that does leave a question mark over his name. He is the ideal Gold Cup horse, which is a big positive, and unlike Clan Des Obeaux, he needs the stamina test of a Gold Cup to be seen at his best.

He will head straight to the race without a prep run, but if you can forgive him his run in the King George, he is the one horse in this field who could go on to win multiple Gold Cups as he is still only a youngster.

Those with free Cheltenham bets to spend will have their favorite from the field of runners, but so far, the general feeling is that this race is wide open.