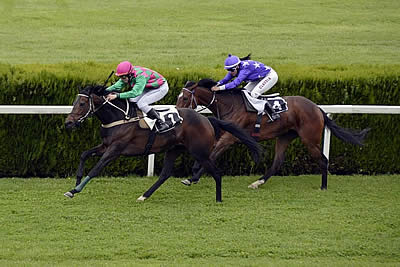 If ever in doubt about the popularity of horse racing and the excitement it evokes in enthusiasts, bookmakers, and pundits, it is important to note that even with six months to go for the Cheltenham Festival, punters are already analysing horses and jockeys, looking for the next big bet.

March 12th will see the commencement of the four-day festival that is considered one of the top racing events in the entire world. Cheltenham Festival, in comparison with the Grand National, is more local with few international entries. It also has more hurdle races unlike the flat tracks of other competitions. These differences make Cheltenham a lot more challenging and thrilling for jockeys as well as bettors who have more than 25 races to place bets on, increasing their chances of winning.

Punters are eagerly awaiting March 13, 2019 to see Altior in action at the Cheltenham Festival. With odds of 6/4, he is already a favourite among bookmakers to win the all-important Queen Mother Champion Chase. Altior dominated the Champion Chase during the festival in 2018 coming in first and had won the Arkle Chase year before that. With speed and stamina both evident in every stride, punters need to keep a keen eye on this one as he is bound to perform spectacularly in 2019 as well.

Samcro has been one of the most debated horses in the competition. Whether he will run in the Gold Cup or should he wait out another year, everyone associated with horse racing has been discussing his future and second-guessing decisions taken by the owners. Nevertheless, he remains a favourite when it comes to the Arkle Trophy with 5/1 odds and the RSA Chase with 8/1 odds, both of which are undoubtedly favourites when it comes to betting. Trained by the legendary Gordon Elliott, Samcro won the Ballymore Novices’ Hurdles in 2018 in a remarkable manner, making him the one to look out for. 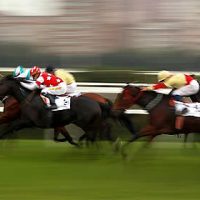 The “big one” at the Cheltenham Festival is the Gold Cup. A dream win for every jockey, trainer, and horse, it is hotly contested, on the field and in the stands. For a punter too, this is the ultimate race to partake in at the festival and Cheltenham betting offers for 2019 are already looking positive with options that can add to the winnings. The nine-year-old Midnight Bite is presently the favourite with 5/1 odds having come in second at last year’s Gold Cup. He is followed closely by Presenting Percy, another horse that has proven its popularity, and Native River, both of whom are listed at 6/1 odds.

Not ignoring some of the other races that are part of this institutional festival, Commander of Fleet is among bookmakers’ choice for winning the Ballymore Novices’ Hurdle at 16/1 odds and also the Champion Bumper with 25/1 odds. The “smaller” races are an excellent opportunity for bettors to further their winnings and with limited horses running, they require less analysis, which is a big bonus. But, do keep in mind that Cheltenham is an experience that not only consists of racing but also dance, music, food, and even shopping, so make sure you enjoy every aspect of this great festival.