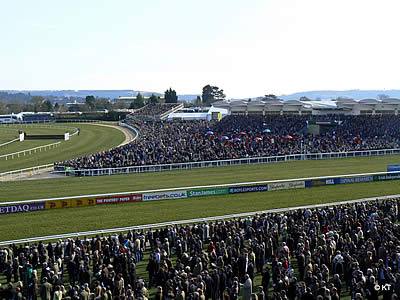 It’s now fewer than three weeks until the 2019 Cheltenham Festival (12th-15th March). For some of Britain and Ireland’s top trainers, the date can’t come quickly enough. For others, one would think, an extra few weeks of preparation would be most welcome. The equine flu outbreak hasn’t really hampered preparations in the way it was first feared, but other more familiar issues, like form and injury, have blighted some trainers.

In light of that, we take a look at some horses who will be worth keeping an eye on at the Festival, including those who might need to dig very deep to tackle a challenge of a lifetime.

Let’s give this a little bit of context: If everything went to plan, Altior, the 2018 Champion Chase winner and seemingly unbeatable superstar, would be lining up against Footpad, the young pretender and 2018 Arkle Chase winner. That still may be the case, but Footpad has not yet found the form we all hoped he would this season. It now seems like Min, who has finished runner-up to Altior twice before at Cheltenham, will have another crack at the champion. Will it be third time lucky? The form book says no: Altior is odds-on at 4/11 with Bet365, whereas Min can be found at 8/1 with Betfair. However, Min is a gutsy, wonderful horse in his own right, who has it in him to pull one out of the bag when it matters. Consensus says no, but consensus is often wrong in horse racing.

The Gold Cup is really open this year, so check out Cheltenham betting offers, such as free bets and matched offers, before you part with any money, because there are at least 10 candidates with really reasonable claims on Cheltenham’s most prestigious prize. However, one horse who seems to have juggernaut-like momentum is Clan Des Obeaux. Before Christmas, he wasn’t even being talked about as any sort of contender. Yet his win in the King George VI Chase, coupled with a brilliant run at Ascot last week, has pushed his star higher and higher. Clan Des Obeaux has odds of 9/2 from Sportingbet for the Gold Cup, just trailing Presenting Percy who is on 11/4. There is a real sense that those positions will be reversed by race day. 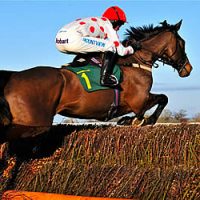 How many times have we seen the focus go on the wrong horses down the years in racing? Everyone is talking about the potential scrap for the Champion Hurdle between Buveur D’Air and Apple’s Jade. The pair is locked as co-favourites at 2/1 with Betfair, although the majority of sportsbooks prefer the older gelding and two-time winner, Buveur D’Air. In truth, it’s a thrilling match-up, with Buveur’s experience being offset by the weight allowance given to mares like Apple’s Jade.

However, Laurina, a younger mare, is sitting stubbornly behind them in the betting markets, best-priced at 9/2. The thing is, most thought the conventional wisdom would be to send Laurina to the Mares’ Hurdle, then perhaps have a crack at this next year, when she is older and more experienced. Willie Mullins thinks otherwise, and as a man who has won this race with a mare before, you would be inclined to have faith in him. Anyone who has doubted the most successful trainer at the Festival in the past has looked foolish, so take note.