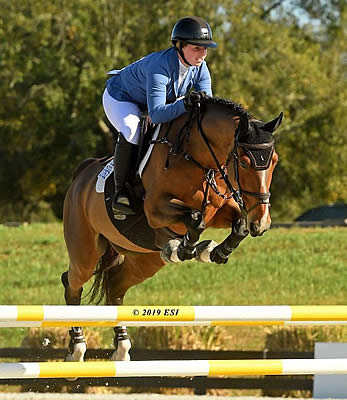 The HITS Ocala Winter Circuit is HITS’ longest-running horse show series, having started in Gainesville in 1982.  Now celebrating its 39th year, the annual USEF-Rated show jumping circuit returns to HITS Post Time Farm for what may prove to be its biggest season yet in terms of horses, participants, prize money, and economic impact on the surrounding community.

“In this first week we have already seen an increase of 500 stalls for a total of 2,200 stalls rented on-property,” said Tom Struzzieri, President and CEO, HITS, Inc. “We expect that trend to continue the rest of the circuit, putting us on pace to grow by 30% this year, surpassing our previous entry records.”

Having grown from a five-week circuit at its inception to the current 12-week schedule that runs from December through March each year, the HITS Ocala Winter Circuit offers USEF National- and Premier-Rated Hunter competition, and 4*, 5*, and 6* Jumper competition.  Eight of the shows boast the highest Hunter Rating of Premier, and increased Grand Prix prize money has raised the number of shows with a 6* Jumper rating to seven.

HITS continues to stay at the forefront of equestrian sport by offering a range of classes for every level of horse and rider, from Leadline to Grand Prix.  With over 450 classes offered each week, HITS promotes one of the most marvelous aspects of show jumping – where a child at his or her very first show may be seen at the competition ring standing next to an Olympic athlete.

This may be never truer than what this year’s circuit will see, where myriad upgrades and unique offerings at HITS Post Time Farm have attracted top riders from around the world.  These riders include half a dozen Olympic athletes and represent at least a dozen countries.  The richest purse in show jumping, the seventh annual Great American $1 Million Grand Prix, will be the ultimate showcase for these riders to cap off the circuit on March 22.

HITS Post Time Farm is open to the public Wednesday through Sunday, 8 am to 4 pm, from January 15 to March 22. Admission is free every day except Sunday, which is $10 per adult admission ticket for the Grand Prix. HITS Season Passes are also available for $20 and grant access to all ten Sunday Grand Prix. Children 12 and under are free and parking is free. Snack Bar and grandstand seating available. For more information, tickets, and Day VIP opportunities for the Great American Million, please contact the show office at 352.620.2275 or visit HITSShows.com.