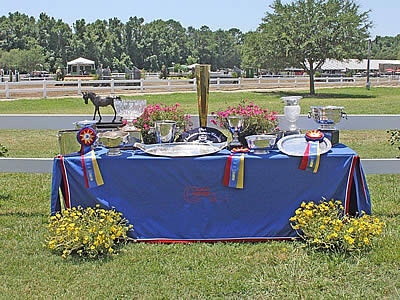 The Classic Company is thrilled to announce that the USEF Board of Directors voted unanimously to award Heritage Competition status to Charleston Summer Classic I & II. Heritage designations are reserved for those competitions within the sport of Equestrian that have been established for a long period of time and have made a substantial contribution toward the development and promotion of the sport of equestrian, both within the sport and as well as within the broader community, by achieving, maintaining and promoting the equestrian ideals of sportsmanship and competition.

The Charleston Summer Classic started in July 1992 at the Seabrook Equestrian Center on Seabrook Island, South Carolina. The show was very successful for seven years then the land that surrounded the event was sold for development and the show was forced to move. The Biltmore Estate in Asheville, NC welcomed the event and it was held on the Estate behind the Biltmore house in a converted cornfield for seven more years. While this worked very well, Bob Bell, Classic Company President, knew the show needed to return to Charleston one day. Mullet Hall, a former plantation owned by Charleston County Parks and Recreation, was chosen to be the site for an equestrian center. Permits, public meetings, funding and construction took six years and a lot of community support, during which time the show remained at The Biltmore Estate. The show then moved to the Georgia International Horse Park for one year. The Charleston Summer Classic finally returned to the lowcountry to Mullet Hall the following year. The show’s sterling silver perpetual trophies document the show’s 26 year history recalling the dates and the names of the horses and riders that have shaped the equestrian sport.