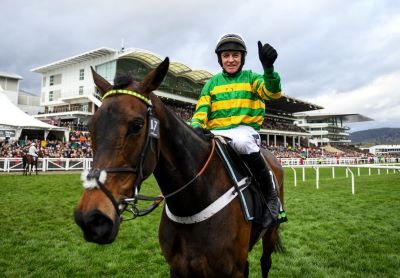 The Champion Hurdle at the Cheltenham Festival remains the richest prize over the smaller obstacles in National Hunt horse racing, but there is a feeling in recent years that it is not so competitive as it once was. Epatante, who won the race in 2020, was one of the few in the division to have made real progress throughout last season and ran out a worthy winner.

Just as she was fancied for the Champion Hurdle by tipsters then, she will be again barring injury because her rivals all have question marks hanging over them. Epatante heads the betting at 7/2 as a result, and we will know more about what shape she is in for a defence of her crown following likely runs in the Fighting Fifth at Newcastle and Christmas Hurdle at Kempton.

While trainer Nicky Henderson sticks to that tried and tested path for preparing his horses for the Champion Hurdle, two of the leading Irish contenders have both suffered early season defeats. Abacadabras was denied by Epatante’s very game stable companion Shishkin in the Supreme at Cheltenham in March and was again just bested on his return in the WKD Hurdle by Aspire Tower.

However, Gordon Elliott’s charge made up for those defeats when just hanging on in the Morgiana Hurdle at Punchestown. In just prevailing there, Abacadabras was again weak at the finish but still somehow able to beat the promising Saint Roi, who like Epatante is owned by J. P. McManus.

Saint Roi is top Irish trainer Willie Mullins’ best Champion Hurdle chance, according to the betting, following a very taking success at Cheltenham in the County Hurdle during the Festival. Although winning a Grade 3 on his return to action, the young pretender went down fighting in the Morgiana.

It is easy to criticise jockeys when a horse doesn’t win, but Mark Walsh may not have given Saint Roi the best tactical ride at Punchestown, opting for the narrow inner path after jumping the last rather than taking a clear run down the outside. There is little between this horse and Abacadabras, then.

As for other British-trained Champion Hurdle contenders, Gary Moore’s Goshen is on a mission for compensation after unseating his rider when well clear at the final flight in the Triumph Hurdle. Four-year-olds can often struggle in their first campaign in open company, however.

Next year’s Champion Hurdle at Cheltenham could be exciting for Nicky Henderson:

Buveur D’Air is a two-time Champion Hurdle winner, but on the comeback trail for Henderson and McManus following a gruesome and career-threatening injury during the 2019-20 season. Those same connections will hope nothing so unfortunate befalls Epatante in the Fighting Fifth as part of a hurdle puncturing a hoof as happened to her stable companion last year.

Now another year older, Buveur D’Air may be vulnerable to younger horses with more scope for progress. It will be interesting to see how he gets on when making his return to action, and there will be lots of goodwill coming the way of this old favourite.

All the while, Epatante has done nothing wrong. She doesn’t have these questions against her name and there may still be even more to come en route to the 2021 Cheltenham Festival, so watch this space.