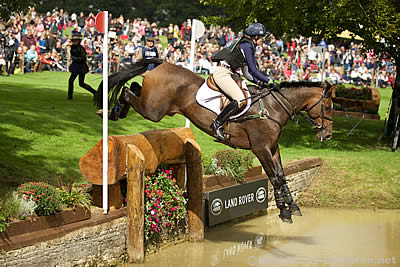 Several American eventing stars have made the trip across the Atlantic for the Burghley Horse Trials in Lincolnshire, England. The event, which is sponsored by Land Rover, is one of the most prestigious on the horse racing calendar.

Those of you who regularly search for horse racing tips will already know that Burghley is one of three events in the Grand Slam of Eventing. The others are the Kentucky Three-Day Event in Lexington and the Badminton Horse Trials in Gloucestershire.

More than 100,000 visitors are set to attend with the winning rider picking up a cheque for £95,000. What’s more, only two American competitors have won the event since it started back in 1961.

Bruce Davidson picked up the spoils in 1974 after an incredible ride on Irish Cap. America had to wait almost 20 years for its next Burghley Horse Trials winner, but Stephen Bradley finally won again in 1993 on Sassy Reason.

History tells us that British, Australian, and New Zealand riders usually dominate this event. However, with so much at stake this time around, we’re expecting the American riders to put in strong performances.

All eyes will be on the American riders as they try to secure their place at the Summer Olympics in Tokyo next year. The team consists of experienced riders like Andrea Baxter, Lillian Heard, and Bruce Davidson Jr. The experienced trio are likely to be selected for next summer’s team, but there’s a chance for newcomers like Doug Payne and Ariel Grald to work their way into the setup.

The competition for places is fierce. All riders will be doing their utmost to stake their claim and secure a seat on the plane. Team USA qualified for the Olympics with plenty of time to spare after picking up a gold medal at the Pan American Games in August.

United States Equestrian Federation managing director Jenni Autry has urged the riders to make the most of this opportunity.

“We have 11 horses at Burghley Horse Trials which is the most we’ve ever had from America, and we’re thrilled to have such a strong contingent at this year’s event.

“There’s a strong mix of first-timers and those who are seasoned veterans at this level, and we’re just excited to have a good week here and see what happens.

“We do have some of our high-performance riders here competing at Burghley, so this is one of our selection trials and it’s definitely going to be an important competition.

“We have two US selectors here who will be watching very closely so we’re excited and we do feel the tide is turning, we’re going to build on that momentum from Lima.”

The credentials of the American riders are clear for everyone to see. If they can maintain a high level of intensity over the three days, we’re expecting plenty of them to do well. They’ll be desperate to secure the first American victory here since 1993 and cement their selection in next summer’s Olympics team.