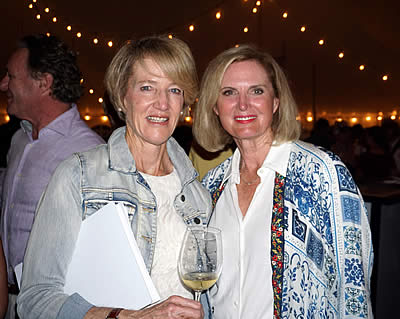 Their victory on Friday night (Feb. 3) at International Polo Club concluded the largest tournament in the eight-year history of the mechanical bull-riding competition.

The Real Bucking Deal, sponsored by Nadine Allen and Sanjiv Sharma, finished with 296 points. The final used the Nations Cup format, as one rider for each of the four teams made up one round.

Every team had one rider thrown by the bull, adding tension to the spine-tingling competition.

After a first-round 0, Matt Goodman and Donnie Mills each scored 98 points for the Real Bucking Deal and crowd favorite 10-year-old Trent Ferreir, riding the anchor leg, clinched the victory in style with a perfect 100.

The costumed Floridian Community Bank Night Racers, dressed in NASCAR-like driving suits and helmets, finished second with a 288, highlighted by Shah Quereshi’s perfect 100 on the anchor leg with a “hands free” ride.

Palm Beach Equine Sports Complex was third with 280, led by Sam Walker’s 98, and The Tackeria, the youngest team in the competition with Kristos Magrini, Oliver Firestone, Christian Weisz and Harrison Azzaro, finished fourth with 278.

Celebrity judges for the final were Mike Smith and PJ Risvi Taylor Doebler and Juliet Reid.

The Floridian Community Bank “Buck Off” kick-started the 30th Annual Vinceremos Dinner and Benefit Auction, whose theme “Come One, Come All” celebrated the triumphs of man and his horse while highlighting the importance and generosity of the community in the center’s success. The gala was hosted by Mrs. Ann Romney.

Vinceremos is a world-class non-profit therapeutic riding center which has helped hundreds of riders with varying physical, cognitive and emotional disabilities. The Vinceremos facility, which includes a large, covered arena, is located in Loxahatchee, directly behind Palms West Hospital.

Floridian Community Bank has sponsored the “Buck Off” since its inception. This action-packed competition has grown every year, attracting more teams and more spectators. The bank has a history of community service and civic commitment with Vinceremos and other organizations in Palm Beach County.

The Floridian Community Bank “Buck Off” is organized by Eques Solutions (www.equessolutions.com). Eques Solutions professionally handles all aspects of the event, including the promotions and social media, as well as inviting teams and securing the celebrity judges.

Vinceremos Therapeutic Riding Center (www.vinceremos.org) is a non-profit organization that provides equine assisted therapies for persons with varying physical, cognitive and emotional disabilities. Founded in 1982, the VTRC facility is located in Loxahatchee, Florida, directly behind Palms West Hospital. The “Buck Off” and Annual Benefit play an important role in helping Vinceremos meet its financial goals.