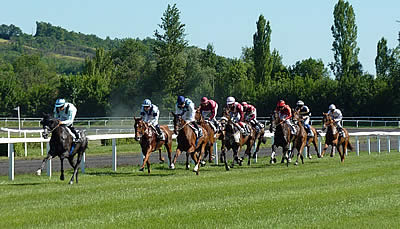 A sport that undertakes a lot of pride, horse racing, continues its legacy to become a well-known sports event in today’s time. Individuals gather yearly to witness the event’s calendar of activities.

While there are people who went to the race to witness and cheer for their favorites and to have fun, most of the individuals who are attending horse racing events are going for the sole reason of betting.

Among the famous horse racing events in the world are the Triple Crown Races; Kentucky Derby, Preakness Stakes, and the Belmont Stakes. Others are the Dubai World Cup, Epsom Derby, and the Breeders’ Cup which will happen this upcoming November 2 & 3, 2019.

The Breeders’ Cup World Championships is a yearly event of horse races for Grade I Thoroughbred racehorses. The venue in which the sport is partaking varies each year. Thus, the attendance differs depending primarily on the host track’s ability to hold a lot of people.

However, the horse racing is held in two days, having a series of races that caters a lot of racehorses depending upon their potentials. The Breeders’ Cup Classes, has a total of $6 million purses. This thing makes every individual feel wanting to join the event.

2018’s Breeders’ Cup has a unique flow of events. Held at Churchill Downs, and for the very first time, Juvenile races happened on the first day of the championships, and “Future Stars Friday” was the theme of the program. As it celebrates its 35 years in the horse racing industry, a new set of notable winners are known and commended.

Despite the difficulty of loading and breaking the 14th position, Accelerate made his way to win the Breeders’ Cup Classic race.  With a time of 2:02.93, Accelerate contained the one ¼ mile track. The horse’s victory gave his trainer John Sadler’s first win in the Breeders’ Cup, while his jockey Joel Rosario his ninth time to win.

Winning the race, it was Accelerate’s fourth time finishing a race first at a distance of 1 ¼ mile in 2018.

The two-time Arc heroine Enable fended off famous horse Magical to win the Breeders’ Cup Turf. Enable was drawn around the six or seven turns as both horses made a close fight reaching the finish line.

Frankie Dettori, jockey of Enable, had a hard time making position because all others are competitive enough to win the race. Thus, as Dettori found the perfect pacing, he then did correctly guide Enable to finishing the race first.

In 1:33.83, the City of Light, trained by Michael McCarthy and guided by Javier Castellano, completed the one-turn mile on a fast track.

City of Light as a 4-year-old picked up his third Grade 1 win out of his ten career starts. It was the third time for the racehorse to win a horse racing event.

Winning the $2 million Longines Breeders’ Cup, Monomoy Girl capped an almost perfect season. A distance of 1 ⅛ mile raced by the horse at a time of 1:49.79.

The racehorse once again demonstrated to be the top of her class, beating inferior mares and fillies to win the Churchill Downs Breeders’ Cup Distaff.

The Breeders’ Cup Mile seemed to have four various horses in the stretch with a full potential winning the race, but Expert Eye rallied won and fought the outside win.

Racehorse Roy H drew away to win the Breeders’ Cup Sprint, becoming the second repeat champion of the day.

Moreover, Roy H made his title defense look like a casual jog in the park on November 3 in the $2 million worth TwinSpires Breeders’ Cup Sprint. It was the racehorse’s third win in five starts in the year 2018, and ninth since his racing career started.

Sistercharlie, who began her horse racing career in France, went down with pneumonia after coming second in her U.S debut in July 2017.

Despite the situation, the racehorse demonstrated her core in every race in 2018. She bravely ran in the one ⅜ mile racetrack, racing against a lot of competitive horses. Thus, it was the racehorse’s third consecutive Grade 1 win.

Stormy Liberal asserted a transcendent fight in repeating his Breeders’ Cup Turf Sprint victory. The horse ran down a lot of driven racehorses, including the pacesetter World of Trouble.

For two consecutive years, Stormy Liberal raced through the event, and fortunately, it was also his second time winning the competition. Furthermore, in the year 2018, the racehorse received the Eclipse Award Champion Male Turf Horse.

Among the Juvenile races, here are the winning racehorses who ranked first in each of the events: