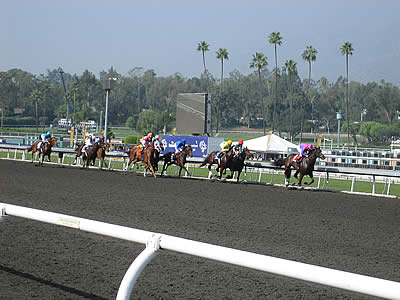 This year, California will be hosting the Breeders Cup at Santa Anita Park, Arcadia. Here is a guide that can take you through the key entries for Breeders Cup in this year’s edition. The 2019 Breeders’ Cup is held this year on November 1-2. Horse Racing betting is one of the only allowed online gambling options in California, so if you’re planning to get in on the action, check out this guide.

The Breeders’ Cup is held at different racetracks. In 2016, Santa Anita hosted the event for a record ninth time. Churchill Downs tied this record when hosting the 2018 renewal. Belmont Park hosted the series four times, and Gulfstream Park and Hollywood Park each hosted the meet three times. The 2019 race is being held again for the 10th time at Santa Anita Park.

The Breeders’ Cup World Championships is an annual series of Grade I Thoroughbred horse races, operated by Breeders’ Cup Limited, a company formed in 1982. From its inception in 1984 through 2006, it was a single-day event; starting in 2007, it expanded to two days. All sites have been in the United States, except in 1996, when the races were at the Woodbine Racetrack in Canada.

The event was created as a year-end championship for North American Thoroughbred racing, and also attracts top horses from other parts of the world, especially Europe. The idea for the Breeders’ Cup was proposed at the 1982 awards luncheon for the Kentucky Derby Festival by pet food heir John R. Gaines (1928–2005), a leading Thoroughbred owner and breeder who wanted to clean up the sport’s image. The Cup was initially faced with much skepticism in the racing community; however, with the vocal support of legendary trainer John Nerud and others, the Breeders’ Cup was carried out, and subsequently experienced tremendous popularity domestically and abroad.

From 2008 to 2014, the Breeders’ Cup was held at either Churchill Downs or Santa Anita Park, both major tracks with a demonstrated record of success in hosting the event. In 2015, however, Keeneland was selected as the host track for the first time, in large part because of Lexington’s position as the center of the North American thoroughbred breeding industry. Although concerns were raised over Keeneland’s limited amount of permanent seating, the 2015 event was considered a success, with record Friday attendance and a sell-out on Saturday.

2015 marked the first time a Triple Crown had been won since the inception of the Breeders’ Cup, and thus the first opportunity to win the so-called Grand Slam of Thoroughbred racing, consisting of the Triple Crown and Breeders’ Cup Classic. American Pharoah completed the feat in a decisive wire to wire victory.

Horses from around the globe will be qualifying for the 36th Breeders’ Cup World Championships to be held at Santa Anita Park in Arcadia, California on November 1-2. This year’s Championships consists of 14 races, 13 of which are Grade 1 events, with purses and awards totaling more than $30 million.

The Breeders’ Cup Challenge Series, now in its 13th year, will be held at many of the world’s premier racetracks in 11 countries: U.S., Argentina, Brazil, Canada, Chile, England, France, Ireland, Japan, Peru, and South Africa.

As part of the enhanced benefits to horsemen competing in the series, Breeders’ Cup will pay the entry fees and guarantee a starting position in a corresponding Championships race for winners of all Challenge races. The Challenge winner must already be nominated to the Breeders’ Cup program or it must be nominated by the Championships’ pre-entry deadline of October 21 to receive the rewards.