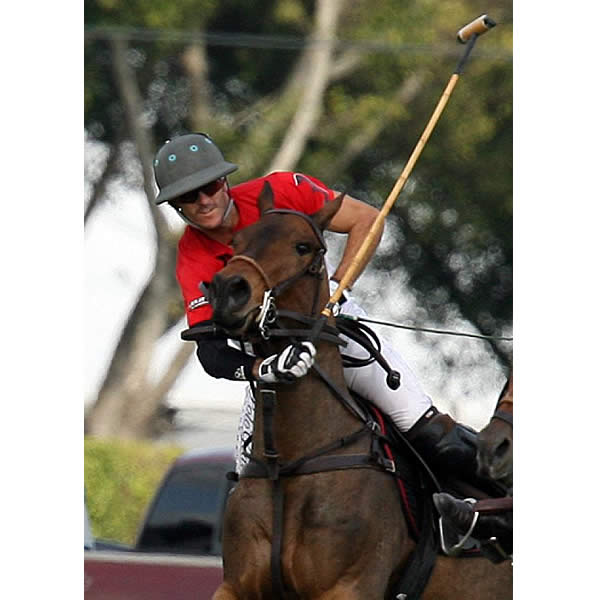 WELLINGTON, FL – February 20, 2013 – Audi and Coca-Cola will meet Sunday in the championship final of the Ylvisaker Cup at 3 p.m. at International Polo Club.

It is also the second consecutive year the Grand Champions Polo Club-based pro team will compete in the Ylvisaker Cup final.

Audi advanced into the final with a thrilling 17-13 rout of Lucchese in Wednesday’s semifinals. The victory avenged its lone loss (10-9) of the tournament to Lucchese on Feb. 1.

Coca-Cola, led by Julio Arellano’s 13 goals, qualified with a 16-11 victory over Lechuza Caracas in the other semifinal game.

Audi and Coca-Cola, both 4-1, survived three weeks of preliminary games of the annual tournament that featured fourteen teams.

Sunday’s game will pit Cardinal Newman High School graduates Roldan and Arellano against each other. It will also be Audi 19-year-old Mariano Gracida’s first 20-goal tournament championship appearance at IPC.

Audi, the 2009 U.S. Open, has used second-half heroics to frustrate opponents for most of the 20-goal season and Wednesday was no different. Audi outscored Lucchese, 10-5, in the second half.

“Being a second-half team seems to be the rule for us, not the exception,” Audi’s Marc Ganzi said. “It’s not a bad thing, you don’t want to be a fast starter and a weak closer.

“I think today we felt like at halftime there weren’t any adjustments to make,” Ganzi said. “We felt like we were playing extremely well from the field. We had some bad luck and we didn’t score some goals. The penalty shots kept them in the game and when we stopped fouling, we started scoring goals.”

Audi made a small adjustment for the second half moving Gracida more forward to drag Lucchese’s Kris Kampsen and Andres Weisz with him opening the field up more for Roldan and Pieres.

“All of a sudden Nico starts shooting from 80 and 90 yards out and the goals started falling and they kept falling,” Ganzi said. “I think they really ran out of answers for us.”

Audi broke open a close first half (with Lucchese leading 8-7), in the fourth and fifth chukkers, outscoring Lucchese, 6-2, and continued its domination in the sixth chukker.

“In the first half we started playing really bad,” said Audi 8-goaler Nico Pieres. “I don’t know if it’s the horses or what but we always play much better in the second half.

Pieres’ second-half hot hand scored four big goals including a 90-yarder from the field. Ganzi and Gracida each added one goal.

“It’s good to be in the final,” Pieres said. “To be in the second final is very good. We were in the first one and we lost. Now we have another chance. That’s good for us. This game meant more because it was the semifinal.”

Tincho Merlos scored nine goals for Lucchese, including seven on penalty shots and was four-for-four from the penalty four line.

Audi would eventually like to be able to put six good chukkers together especially in the big games.

“Can we put six of the same chukkers together is always the challenge in polo,” Ganzi said. “But I’ll take two chukkers like today’s fourth and fifth every game. We just have to think about the little details like Mariano taking the man for Nico on that one run and me taking Kris for Roldan to score.

“Those details are so important,” Ganzi said. “The ability to be selfless and to take a man and open up space for Nic and Nico, it just changes the entire game. When those guys can run with really no pressure on them and can take the ball into goal, they are going to score. They will score. Mariano and I understand the details that it takes for us to win and that’s the important part. That’s how you win.”

Ironically, Audi will play Coca-Cola on Friday in their 26-goal season CV Whitney Cup opener at 2 p.m. For Audi it will be Ganzi, Nico Pieres, 10-goaler Gonzalito Pieres and 7-goaler Jeff Hall.

Piaget will open CV Whitney Cup play on Friday at 10 a.m. against Alegria. For Piaget, it will be Melissa Ganzi, 10-goalers Sapo Caset and Miguel Astrada and Juan Bollini.