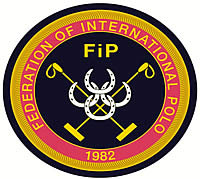 Two international polo heavyweights, England and Argentina, met today, Tuesday 2nd October, in the second of the Fortune Heights Super Nations Cup semi-finals at the Tianjin Goldin Metropolitan Club in China. In a thrilling end-to end match, the Argentines were eventually victorious, beating their rivals 10-8 to go through to Friday’s Final against the USA, and the chance to take home $200,000 in sponsorship money.

England started the match the strongest, storming ahead into an early 4-2 lead, with two goals from Captain James Beim, and strikes from both Oliver Cudmore and Mark Tomlinson, giving them a commanding position at the end of the second chukka. Argentina made sure the English advantage was short-lived however, with an emphatic run of six unanswered goals which included a hat-trick from Santiago Cernadas, and braces from both, Juan Ambroggio and Argentine Captain, Marcos Araya. This took the score to 8-4 in the South Americans favour, as the game entered its penultimate chukka.

In the final two chukkas it looked like England might force themselves back into the game, but despite the valiant efforts of Beim, who added four more goals to take his tally to a match high of six, Argentina held on to secure the win thanks to goals from Araya in the fifth and sixth chukkas.

Argentina now go through to the Final this Friday 5th October versus the USA at 14:00HKT, after the Americans knocked out Hong Kong in penalties in the first of the semi-finals. Hong Kong will be the next opposition for England in the Subsidiary Final, which will be held on Thursday 4th October at 15:00HKT, with the teams competing for third place.

Both games will be televised live on TVB in Hong Kong, and can also be seen, along with replays of the semi-finals, at www.hurlinghampolo.com, www.tvb.com and www.us-polo.org on a delayed feed.