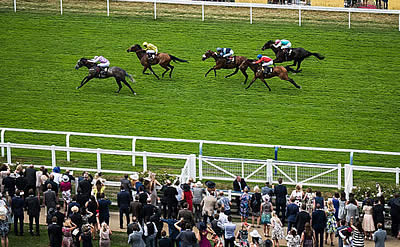 We were in the middle of a memorable national hunt season, with the Cheltenham festival taking place, despite the issues rising due to the coronavirus pandemic. This led to the Grand National being cancelled, and there is now a wait to when horse racing and sport will return. All eyes are now on the upcoming flat season, with punters already looking at the Royal Ascot promotions and offers to support horses in the outright markets. The big question now is: will sport have returned by the start of what is the marquee event for many in the racing calendar?

The flat season in Britain has a number of key meetings upcoming that are also under threat. All will culminate with the Breeders’ Cup in America, which comes at the end of the season, with a large number of horses heading over to contest the meeting. This is taking place over two days.

The flat season was really set to kick off in the opening weekend of May, with the 1000 and 2000 Guineas. This takes place at Newmarket racecourse, with Pinatubo the horse everyone is looking forward to seeing. He is the short priced favourite for the race, and this is little surprise, considering just how impressive he was last year. If he returns in the same form, then it is his race to lose, as he is rated clear of his opposition.  He has won all six of his racecourse starts, with his key performance coming in Ireland at the Curragh. This saw the horse produce a stunning display to clear away from a classy field and win by nine lengths. A performance which put the horse as one of the highest rated two year olds in memory and even higher than the great Frankel. If he can continue his progression, then he could be another all-time great.

There are so many other meetings that punters and racing fans on a whole will be looking forward to. These include the Oaks and Derby in the early period of June. This takes place at Epsom racecourse and is one of the most prestigious meetings in racing and one that fans looking forward to each year around the world.

This will all lead on to the previously mentioned Royal Ascot meeting, in which Pinatubo would also be expected to race. The Breeders’ Cup would then be the great finish to the season, so let’s hope the action can resume in the near future, and we see an end to the coronavirus pandemic.