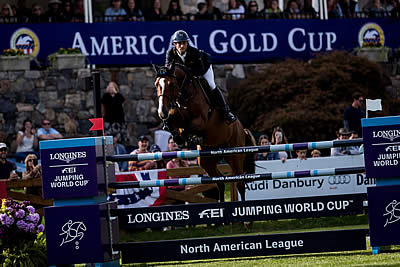 The FEI has announced the named qualifiers for the next three seasons of the Longines FEI Jumping World Cup™ North American League.

Following a very competitive bidding and evaluation process, the FEI has allocated the eight qualifiers of this prestigious league in the USA, Canada, and Mexico confirming the location and dates across the continent for seasons 2020/2021 through to 2022/2023.

This newly formatted series of qualifiers, with a minimum 4* level, will form the heart of a truly global qualification process that promotes universality and competitivity. Reducing the number of qualifiers and strengthening the quality of the events, gives a clear and fair pathway into the Longines FEI Jumping World Cup™ Series and will see a higher demand from athletes to compete. Availability of an international live broadcast signal and extensive promotion of the series will be a welcome compliment to the changing landscape of the broadcast product and development of this professional sports league.

“We received an overwhelming number of bids to host these qualifiers. The major changes to the format of the series, the close collaboration between FEI and the National Federations with the support of our top partner Longines together with organisers and stakeholders highlights the continued efforts made to propel the sport forward making it more attractive to the athletes and the fans,” said FEI President, Ingmar De Vos.

“The launch in 2015 established the series’ successful introduction into this region, expanding the international reach of the FEI World Cup as a global series in the emerging North American markets. Now that we are adding an international live broadcast signal, we believe this is an important and exciting decision that will take us to the next step to place jumping in North America in the spotlight as a sport.”

“We are proud to support the Longines FEI Jumping World Cup North American League as its Title Partner, Official Timekeeper and Watch since its inception in 2015,” Matthieu Baumgartner, Longines Vice President Marketing, said.

Now in its fifth year, the Longines FEI Jumping World Cup™ North American League 2019-2020 season held the first qualifier of the season in Vancouver last month and will continue next month in North Salem, NY (USA) on 15 September 2019.

Click here to view all the latest information on the Longines FEI Jumping World Cup™ series.