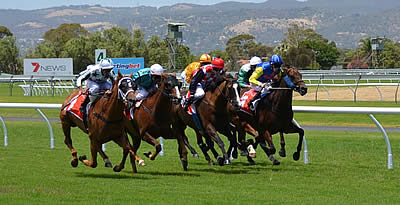 Horse racing tournaments never get old as they are celebrated all year round. Each horse racing event happening in any part of the world needs a perfect venue for all horse racers to earn a considerable number of prizes. At the same time, bettors would find another opportunity to wage for their favorite entries and grow their bank roll.

Many races will take place during the Breeders’ Cup this year. Aside from that, it will come as the most exciting horse racing events this year as we might see a rematch of the mightiest horse racers who came not so strong in this year’s Triple Crown Series. Most of them have confirmed their appearances in Santa Anita Park.

The influx of horse racing fans and bettors are expected to fill in the Santa Anita racing field on the said day. Many bettors will surely wage huge amounts of money as this racing competition offers a big number of purse prizes. If you wish to look at the odds of each entry closely, you can visit the official Breeders’ Cup website or check TVG Odds for the latest listings and races each racer will partake in.

As we draw near to the 2019 Breeders’ Cup, inevitably, you can no longer contain your excitement in witnessing an action-packed show. To hype you up with this upcoming event, here are some of the contenders you can look forward to betting as they will make an epic comeback this year.

McKinzie is one of the most famous horse racers who’s going to seek a flying color in the Breeders’ Cup 2019. He was considered as one of the strongest contenders to win the U.S. Triple Crown Series; however, he wasn’t able to perform his goals. He suffered a leg injury early this March, which gave him a hard time to join said racing events.

Although McKinzie didn’t start the year as actively as other racing hopefuls, he was able to showcase his saddling skills in the middle of this year. He won the 2019 Whitney Stakes and placed second in the recently concluded Awesome Again S. race. He is confirming his ticket to the 2019 Breeders’ Cup and hopes to get the crown this year.

Code of Honor is another famous horse to take a spot in the Breeders’ Cup this year. He is trained by Claude R. McGaughey, a Hall of Famer when it comes to producing successful horse racers. He was one of the most famous horse racers who took a winning spot of last year’s edition of Fountain of Youth Stakes and Florida Derby.

Code of Honor has also established reliable racing statistics this year. As of this time, he recorded around five wins already on some notable racing shows. His biggest victory was the Runhappy Travers Stakes on August 24, 2019 and the Jockey Club Gold Cup Stakes on September 28, 2019. This momentum is why Code of Honor is participating in this year’s 2019 Breeders’ Cup. This horse has the biggest chance of outlasting other horse racing contenders.

Although, he ended not joining the competition, Omaha Beach was a 2019 Kentucky Derby hopeful who gained so much popularity from the horse racing community. He was pulled out because of a severe throat infection, which affected his performance. Regardless of what this horse racer has gone through in the early months, he will return and try his luck yet again in the Santa Anita Park this year.

Richard Mandella, Omaha Beach’s trainer, had to make sure that Omaha Beach is in the best condition heading on to the Breeders’ Cup. He’s had an excellent racing record this year as he tallied four wins already. This horse was the winner of the 2019 Santa Anita Sprint Championship, which allowed him to gain confidence in winning the most coveted Breeders’ Cup crown.

Seeking the Soul is considered as one of the wealthiest horse racers in history. He was the sire of Perfect Soul, who was also a horse racing superstar during his time. According to his trainer Dallas Stewart and Breeder Charles Fipke, his earnings are about to match what Perfect Soul had earned during his time.

The Breeders’ Cup 2019 is another horse racing event that Seeking the Soul will surely give an impressive fight. He might not have joined the Triple Crown Series, but he’s looking to show up in Santa Anita Park with a vengeance. He has an overwhelming seven recorded wins this year, where he won the 2019 Stephen Foster Stakes. He is one of the horse races to bet for the upcoming 2019 Breeders’ Cup.