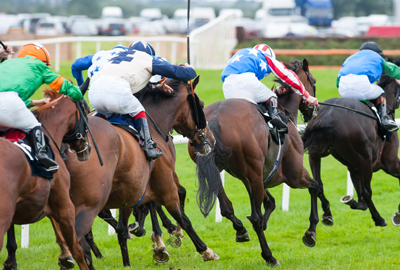 The 2018 British Champions Series is a series of 35 of the UK’s top flat races. It began with the 2,000 Guineas Stakes at Newmarket on May 5th, and culminates with British Champions Day at Ascot on October 20th, where thousands of punters at courses across the country will be primed to take a bet on this horse race.

British Champions Day is a thoroughbred horse race which has been held at Ascot Racecourse in October annually since 2011, acting as the end of season show piece of British flat racing. The culmination of the British Champions Series, it features the finals of the five divisions of the series, together with a valuable one-mile handicap race. The richest day in British racing; more than £4 million in prize money was earned across the six races in 2016.

Beginning in 2007, the Breeders’ Cup, this year to be held in Lexington, Kentucky, USA, developed the Breeders’ Cup Challenge, a series of races in each division that allotted automatic qualifying bids to winners of defined races. Each of the 13 divisions has between two and 12 of these “Win and You’re In” qualifying races. In the Breeders’ Cup Turf Division, runners are limited to 14 with up to 11 automatic berths.

Starting in 2011, the Breeders’ Cup also pays the entry fee and provides a travel allowance for the connections of the challenge race winners. For 2018, NBC Sports Group will both broadcast and live stream 11 shows, from June to October, covering many of the “Win and You’re In” challenge races.